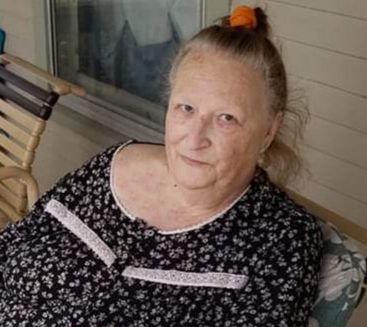 Susan Ruth Chalfant (Sue) was born January 27, 1957 to parents Mildred and Raymond Cox in Green Bay Wisconsin. At the age of 6 her and her sister Linda were adopted by Clarence and Flora Jean Court and moved to the family farm in Wisconsin. The family made several trips to Wyoming and in 1968 eventually made Sheridan their home. Sue graduated from Sheridan High School in the spring of ‘75. She worked various jobs and met the love of her life Mike in ‘79. November 16th of the same year they were married. They lived in Sheridan until ‘82 then they moved to Rock Springs, WY and made many lifelong friends. While living there she was diagnosed with Breast Cancer. Between many trips to Salt Lake City, UT and Sheridan, WY for treatments and surgery she was able to beat the cancer. Sue and Mike loved living in Rock Springs, they enjoyed the freedoms on the BLM land, from the Elk, Deer and Antelope Hunting to driving around on many adventures without running into a fence. With the declining health of her mom Flora Jean, they decided to move back to the Sheridan area. In June of 1993 they found their forever home in Parkman, WY. In July they were asked to take care of their nephew Sean which then became permanent care. Sue and Mike became mom and dad to Sean and that's just how it was. At that point Sue became a stay-at-home mom. Sue enjoyed all the aspects life brought her. She loved camping in the mountains, whether in a camper or a rented cabin. In August of 2008 she was hit with the untimely death of her husband to cancer. This was a very hard time in her life, but she had Sean to keep her going and motivated. In 2014 she got the second thing to keep her going, her granddaughter Alayna and then another in 2017, her grandson Benjamyn. Her grandchildren were the light of her life, and she would do anything for them. In January of 2020 after almost losing her life due to a 3rd degree heart block she moved into town to live with her son Sean and his family. She loved living with her son, daughter-in-law Megan and her grandkids. In December of 2020 she was once again diagnosed with breast cancer. With the love and support of her family she made a valiant effort to get rid of the cancer a second time. She unfortunately was hit with an unknown illness that sent her to the hospital. Sue will be deeply missed by her family and friends. She made a great and lasting impression on anyone she met. She is preceded in death by both her birth and adoptive parents, a younger brother (Ray) and her husband Mike. She is survived by her son Sean (Megan) Chalfant of Sheridan, WY, sister Linda (Jay) Parsons of Dayton, WY, brother Larry (Rita) Cox of Nichols WI, Nephew Jon (Sara) Williams of Sheridan, WY, Niece Charlotte Williams of Sheridan, WY, Great-Nieces Ayla, Bambi and Cera Williams, Great-Nephews Justin Vigil, Kolby Nelson, Nathen Hill and Little Jon Williams, Grandchildren Alayna and Benjamyn Chalfant.

Services for Sue will be held Saturday, December 18th 2021 at Kane Funeral Home. Viewing at 10 AM with services to follow at 11:00 am with Pastor Doug Goodwin officiating. After the funeral there will be a potluck style reception at the Big Horn Mountain Eagles (1760 Commercial Ave). Interment will take place at Dayton Cemetery, Tuesday December 21, 2021 at 11:00 am.