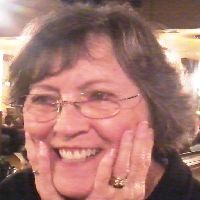 Susan K. Schmidt, 63, passed from this life Monday, February 1, 2016. She was born June 6, 1952 in Casper, Wyoming to Clyde Don Patton and Juanita (Smith) Patton. She grew up in Casper WY. In 1970, Susan graduated from Natrona County High School. She attended Casper College. On November 25, 1971, she married the love of her life and high school sweetheart Jim Schmidt. Their union in marriage brought forth their two beautiful children, Steven in 1972, and Cindy in 1975. Jim and Susan lived in Casper and Rock Springs. In 1981, they bought Sheridan Liquor and settled in Sheridan where they ran their business and raised their children. Her battle with Kidney failure for 40 years resulted in 20 years of dialysis at home and then a Kidney transplant in 1996, she gained a whole new lease on life after her transplant. Through the years, Susan volunteered as a youth minister and religious education teacher at Holy Name Catholic Church and School. In 2013, she received a special apostolic blessing from Pope Francis. She retired from her volunteering just last year after 31 years. She is survived by her loving husband Jim and her two children. Son, Steven (Jaci) of Sheridan and their three children, Hannah, Connor and Braden; Daughter, Cindy of Casper and her three children, Mickala, Jacob and Ashley; Her Father Don and step mother Betty Patton of Johnson Siding, SD; Mother, Jaunita Haywood of Casper, one sister Elizabeth Reed (Jim) of Casper. Sister-in-law Janet Edgecombe of Bullhead City, AZ; Brother-in-law, Mike Schmidt (Pam) and children of Casper. She was preceded in death by her in-laws Harold and Helen Schmidt, and daughter-in-law Connie Schmidt. After a very short and courageous battle with brain cancer, she is now rejoicing in the arms of Christ. Susan had an unwavering Catholic faith and love of God. She inspired many young minds to love and follow Christ through her years mentoring and teaching at Holy Name.A Visitation will be held at 6:00 p.m. with a Rosary to follow at 7:00 p.m. on Friday, February 5, 2016, at Holy Name Church. Mass of the Christian Burial will be held at 11:00 a.m. on Saturday, February 6, 2016, at Holy Name Church with Father Jim Heiser officiating. Burial will be in the Sheridan Elks Memorial Cemetery with a reception to follow in the parish hall.In lieu of flowers memorials to honor Susan may be made to the Holy Name School at 121 S. Connor, Sheridan, WY 82801.Kane Funeral Home has been entrusted with arrangements.