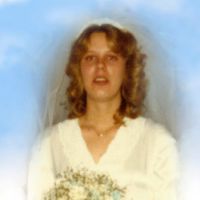 On March 29, 2015 a beautiful angel went to meet the Lord. Tammera (Tammy) Anne McMahon Gay, daughter of Patrick McMahon and the late Rosemarie Brown McMahon, passed away peacefully at Sheridan Manor with her loving husband Mike by her side. Tammy was born in Denver, Colorado on October 19, 1962 . She lived and attended schools in Lochbuie, CO until she moved to Sheridan in 1978 graduating from Sheridan High School in 1981.She attended Sheridan College graduating with honors in 1989 after receiving a degree in Nursing. She also received her Bachelor’s of Science in Nursing from the University of Wyoming in 1991 once again graduating with honors. In 1991 Tammy applied to graduate school at the University of Wyoming pursuing a Master’s Degree in Nursing. However in 1993 she suffered a debilitating stroke and was unable to complete the Master’s program. She was a volunteer nurse for Our Camp near Buffalo, later the camp moved to Story, WY, where Tammy became a permanent fixture in the position of nurse for developmentally disabled children and adults. This is something she loved and always looked forward to her time there. (Thanks Jodi Smith for giving her the opportunity)In 1981 she married the love of her life Michael Churchill Gay in Sheridan, and they had 3 loving children, Candice, Christopher and Nathan, making their home in Sheridan.Tammy enjoyed camping in the Big Horn Mountains, Tongue River Reservoir, and traveling with her husband when they could fit it in; being with her grandchildren, reading and Reba McIntyre whom she saw twice in concert and Rodney Atkins whom she met at his concert in Sheridan. Tammy, as she was so affectionately known, touched many lives and hoped it helped somebody, we as a family learned a lot thru her struggles.She is preceded in death by her mother, her grandparents, great grandparents and cousin Connie Draper Schmidt.She is survived by her husband Mike, children Candice (Bryan) Ranchester, WY, Christopher (Cara) Sandpoint, ID. and Nathan, Casper, WY, 12 grandchildren, sisters Maureen Brown, Kathleen Muck, brother Sean McMahon, parents Patrick and Lynne McMahon, nieces and nephews, aunts and uncles and many loving relatives and friends.Services will be at Cornerstone Church, Pastor Tony officiating, on April 18, 2015, at 11:00 am. Donations can be sent to P.O. Box 7064, Sheridan, WY 82801, in care of Michael Gay, to help with expenses and to honor Tammy, would be greatly appreciated.Kane Funeral Home has been entrusted with arrangements.