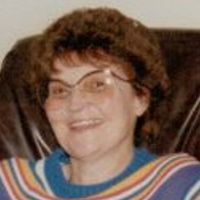 Teressa Juaneta Henson, 78, of Sheridan Wyoming, passed away on July 5th, surrounded by her family at Sheridan Hospital after a brief illness.Juaneta was born December 18, 1934 in Sheridan, Wyoming to Kenneth and Dorothy Mooney of Gillette Wyoming. Her family moved to Gillette Wyoming where she attended school until her graduation. She met Clifford Henson and they were married on September 11, 1954. The couple enjoyed 58 years of marriage. During their time together, they had 4 beautiful children, Cathy, Kenny, Cindy and Denny.Juaneta, (Neta) spent most of her life as a homemaker. For a short time she worked as a CNA and as a telephone operator. She also worked in a photo studio adding color to black and white photographs.While spending time at home raising a family, Neta enjoyed working in her flower gardens and she later took up painting and some watercolors. She also enjoyed crocheting and knitting. Neta enjoyed spending time in the mountains camping with her family and riding motorcycles. The families favorite memories of her are the time spent camping in the Big Horn Mountains. Later on in her life, she enjoyed spending time with her family and her great grandchildren.Juaneta is preceded in death by her parents Kenneth and Dorothy Mooney. She is survived by her husband Clifford Henson, daughter Cathy (Lee) Streeter of Sheridan, Wyoming, Sons Kenneth (Darlene) Henson and Denny (Sarah) Henson of Washington State and Cindy Henson of Atlanta, Georgia. Grandchildren Stacey Ragan of Sheridan, Jenny Ragan of Cheyenne, Wyoming, Becky Rice of Atlanta, Georgia, and Calvin Coleman of Atlanta, Georgia. She is also survived by her sister Peggy (Gary) Cheadle, and her sister Dixie (Albert) Curry of Gillette, Wyoming and numerous nieces and nephews.A private family visitation will take place before the service on Wednesday July 10th with a celebration of her life to follow at 2:00 p.m. at Kane Funeral home in Sheridan with Reverend Kevin Jones officiating. In Lieu of flowers the family requests donations be made to the Sheridan Animal Shelter, 84 East Ridge Rd., Sheridan, WY 82801.Kane Funeral Home has been entrusted with arrangements.