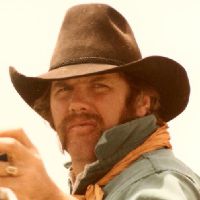 There will be \"A Celebration Of Life\" for Terry Bulkley at the Powder River Community Center in Arvada, Saturday, July 26, 2014 at 2 p.m. Pastor Bob Moore of the Arvada Community Church officiating. As to Terry\'s wishes cremation has taken place.Terry Wayne Bulkley, age 67 a long time resident of the Arvada-Clearmont Community passed away at his home in Clearmont, Tuesday, June 24, 2014. He was the oldest of two sons born to Charles Keith \"Keith\" and Imogene Ruth (Plymell) \"Jean\" on February 12, 1947 in Gillette, Wyoming.Terry was raised on Wildcat Creek till age eleven attending the Wildcat School, the family moved east of Arvada to the family ranch and Terry graduated from Arvada School in 1965. Terry was a delegate to the 17th Wyoming Boys State. Basketball along with boxing Terry excelled in.It was in Sheridan, Wyoming November 16, 1968 that he married Janet Carol Collins of Arvada making their home on the family ranch. They were divorced in 1982Terry asked the Lord into his life when he was Baptized into the Methodist Faith January 2, 1980.For many years Terry was pick-up man at the Buffalo Rodeo\'s. He was a great horseman and loved pack trips to the Big Horn Mountains at every chance he got. Terry loved to watch his horses at the Robinson Place and the quiet beauty there. He enjoyed talking with friends about \" Back in the day \" stories and how complicated things had become in the world. Cooking was his passion and he took every opportunity to cook for events and get togethers. Terry was a true Cowboy with a heart of gold. Be at peace with \" Jesus \" my love, I miss you, J.Terry is survived by his companion, Jana Leitl, his brother Randy and his wife Gail of Gillette, three nephews and their families; Chad Bulkley, Alexus, Logan, Wyatt and Braidy of Gillette, Hazer Bulkley, Kristen and Kaci of Gillette and Dr. Jory Bulkley, Betsy, Lucas, Lily and Charlie of Martins Ferry, Ohio. Step-sisters Deanna Gallegos (Art) of Denver, Nancy Butcher of Bridger, MT and Rhoda Tate (Dave) of Gillette, one step-brother Kurt Hall of Fort Collins, CO, along with numerous cousins.Terry was preceded in death by his step-father, Dean W. Hall July 4, 2013, his mother June 3, 1977 and his father May 24, 1967.\"Families Are Forever\"