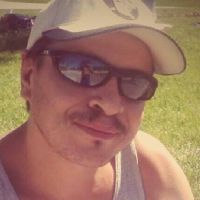 Theodore Ray Ring, 42, of Sheridan, passed away on Wednesday, December 17, 2014, at his residence. He was born in Portland, OR, on August 3, 1972, to parents Roberto and Phyllis (Apaez) Olguin.Teddy enjoyed fishing, camping, sharing jokes with others, was a Raiders fan, and especially spending time with his nieces and nephews.Teddy was preceded in death by his grandparents, step son, Anthony Prince, brother, Roberto Olguin, and ex wife, Carmen. He is survived by his mother, Phyllis Apaez, children; Jake, Cassandra, Felicia, Nikki, Alexandria and Vanessa, siblings; Rudy Garcia, Sara (Jon) Williams, Robert (Grip) Sass, Terry (Des) Garcia, Fransisca (Glen) Lopez, nine grandchildren and many nieces and nephews.Services will be held at a later date.Donations may be made to Kane Funeral Home at 689 Meridian, Sheridan, WY 82801 to help with final expenses.Kane Funeral Home has been entrusted with arrangements.