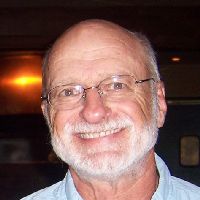 Thomas Anthony Bush, 63, of Sheridan, passed away on Wednesday, July 15, 2015, at the Sheridan Memorial Hospital.Thomas was born in Dallas, TX, on May 26, 1952, to parents Julius “Jim” and Armida “Mimi” Bush. He married Jody Gundy in Whitehall, MI, on February 17, 1979.Thomas enjoyed flying, traveling, golfing, hunting, fishing and snorkeling. He worked as a Insurance Manager and later an Investment Advisor. He was great at giving financial advice.  He was a member of the AOPA Pilot Association.  Tom fought a brave battle against an aggressive cancer and kept a positive attitude until the end.  He was an intelligent, funny, loving and truly an Amazing Man who will be missed by many.  He enjoyed teaching people and mentored a number of them in various types of knowledge.  His spirit will continue to fly high. Thomas was preceded in death by his parents, Jim and Mimi. He is survived by his wife, Jody, siblings, Stephen (Lucy) Bush of Aurora, CO, Dave (Cindy) Bush of Englewood, CO, Tim Bush of Aurora, CO, brothers in law, Tom  (Becky) Gundy and children, Emily, Alex, Ryan, and Dave (Susan) Gundy, niece and nephew, Alicia and Robert, and step nephews, Ian and Shane.Services will be held at 5:30 on Wednesday, July 22, 2015, at the First Congregational Church with Pastor Bob Miller officiating.Donations to honor Tom may be made to the Hospice of the Big Horns, House Building, PO Box 391, Sheridan, WY, 82801.Kane Funeral Home has been entrusted with arrangements.