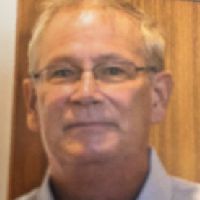 Thomas Anthony Smith, 62, passed away at Sheridan Manor on December 1st, 2017. Tom, who was a Wyoming resident his entire life, was born in Rock Springs, Wyoming, on May 21, 1955. He lived in Sheridan for the majority of his life.Tom was educated and graduated from Holy Name Parochial School, Sheridan High School and Montana State University. He went on to a banking career, working for 25 years at First Federal Savings Bank in Sheridan. Tom enjoyed working with and for the people of the Sheridan Community. Besides the community itself, back packing and camping in the Big Horn Mountains was his main passion in life.Tom was preceded in death by his parents, Francis “Tiny” and Patricia Smith and his brother, Stephen Smith.Tom is survived by his youngest brother, David Michel Smith and David\'s wife, Doaa Youssef. David and his wife reside in San Diego, California and Cairo, Egypt. Tom is also survived by his niece, Maya Smith.A Memorial Service will be at 10 AM, Saturday, December 9, 2017, at Our Lady of the Pines Parish with Father Glenn Whewell officiating. A reception following the service will be at the Story Women\'s Club.Memorials may be made to Holy Name School, 121 S. Connor, Sheridan, WY 82801.Kane Funeral Home has been entrusted with arrangements.