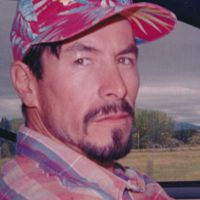 Thomas Anthony Torres Sr. age 56, passed away suddenly on February 1, 2016. He was born October 13, 1959, to John and Juanita Torres in Rapid City, South Dakota. He had one sister, Linda and two brothers, John and Bryen. He graduated from Rapid City Central High School. Thomas was into baseball and gymnastics, he was very good at it. Thomas and his family were big into boxing. His father and uncle Manuel coached the Rapid City Boxing Club. Thomas had done so well he went to many Golden Glove Boxing tournaments around the country. After high school he worked in concrete and construction business all his life. He lived and worked in many cities but spent the last 20 years in Sheridan. He loved being part of the community and was proud to raise his family in Sheridan. He played the drums since he was a teenager and was in variety of bands. Music was a big part of his life. He had two children, Thomas and Ashley. He loved to hunt and fish with his brother Bryen and family. He spent many weekends in the Big Horns or at Keyhole reservoir. He was engaged to his fiancé \"Rachel\", they were to be married and plan on moving to Texas.He is survived in life by fiancé , Rachel Todd, son, Thomas Torres Jr, grandson, Thomas R. Torres, all from Sheridan, WY, daughter, Ashley Torres, Gillette, WY, her children Mia Brewer and Quaid Sutton, Father, John Torres and wife Grace, Bemidji, MN, sister, Linda Elliott and husband Thomas, Sioux Falls, SD, brother, Bryen Torres and wife Donna, Gillette, WY, brother, John Torres and wife Helen, Eugene, and many nieces and nephews that he loved. He was proceeded in death by both sets of grandparents and mother, Juanita Torres.In lieu of flowers a memorial is set up in Thomas Torres name. Please send proceeds to Thomas Torres, 743 W. Burkitt, Sheridan, Wy. 82801.A Viewing will be held at 6:00 p.m. with a Celebration of Life at 7:00 p.m. on Thursday, February 4, 2016, at Kane Funeral Home with Pastor John Torres officiating. A reception will follow at the Big Horn Mountain Eagles at 1760 Commercial Ave., Sheridan.Kane Funeral Home has been entrusted with arrangements.