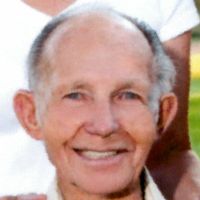 Thomas G. Case, 83, of Sheridan, passed away on Monday, May 18, 2015, at his residence.Tom was born on March 13, 1932, in Upton, WY, to parents, Wray and Leora (Quest) Case. As a boy, Tom worked for Mydland Dairy and Lou\'s Transfer and Storage.  He entered the Navy during the Korean Conflict and was discharged in 1954.  He married Karen Donnafield on September 23, 1959, in Sheridan.  He worked at the Bird Farm, the Germain Seed factory and Holly Sugar from 1960 to 1982.  Since then he has been self employed, owning, renovating, and managing his properties.Tom enjoyed gardening, hunting and fishing and has had many successful hunts, including  elk, deer and bear.  He was a jack of all trades and could do anything from carpentry work to electrical, and plumbing.  He was also a welder and a mechanic and could fix any kind of motor. He was a man of integrity and excellence and he passed his knowledge on to all his family, but one of his greatest joys was helping his grandsons renovate their homes.  Tom loved spending time with family and friends especially in the mountains.  His two great-granddaughters put a sparkle in his eyes, whenever they came to see him.  Tom was a selfless man and loved helping others with a genuine heart.He was preceded in death by his parents; two sisters, Nadine Zowada and Marianne Legerski.  He is survived by his wife, Karen, and his daughters, Kim (Bob) Schoenbaum and Brenda (Allen) Harnish, all of Sheridan, WY. ; his brother, Dawson (Alice) Case, of Ranchester, WY; his grandchildren, Brady Calkins, Tyler ((Danielle) Harnish and Zach Harnish; and his great-grandchildren, Sophia and Parker Harnish.   He is also survived by his beloved extended family:  Milton and JoAnn Donnafield, Janice and Kenneth Evans, Billie Rae and Tim Charles and numerous nieces and nephews and great nieces and nephews.Visitation will be from 6 to 8, Thursday, May 21, 2015, at Kane Funeral Home.  A Celebration of Tom\'s Life will be at 10 am, Friday, May 22, 2015, at Kane Funeral Home with Pastor Scott Lee officiating.  Internment will be in the Sheridan Municipal Cemetery with full Military Honors.  A reception will be held for all friends and family at Bethesda Worship Center.Memorials may be made to Joey\'s Fly Fishing Foundation, 109 S. Main Street, Ste. B, Sheridan, WY, 82801, or the Sheridan Senior Center, 211 Smith Street, Sheridan, WY, 82801,Kane Funeral Home has been entrusted with arrangements.