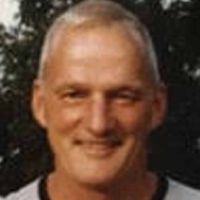 Thomas M. (Tom) Benepe, 86, most recently of Sheridan, WY, previously of Dent, MN, Golden Valley, MN, St. Paul, MN died on December 24, 2016 at Green House Living of Sheridan.Tom was born August 2, 1930 along with his twin brother, in Wadena, MN to Dr. James and Gladys (Bond) Benepe. He graduated from Central High School in 1948, served in the USAF in Sacramento, CA, and graduated from Macalester College, St. Paul, MN. While at Macalester he met Lois C. Nordstrom. They married in 1955 and had three incredible daughters who, after the marriage dissolved, were raised by their Dad and fed countless fried egg sandwiches.Tom spent most of his teaching/coaching career at Golden Valley High School where he made lifelong friends with faculty and students alike. He also taught and coached at Hopkins High. The first thing Tom did after retiring from teaching was to move up to the cabin on Big McDonald Lake and get his pilot’s license. He liked owning and maintaining small planes and connecting with fellow pilots. Tom also enjoyed spending time with his siblings, family and friends. He loved to golf, mow the lawn, watch WWII movies, fish for sunnies and walleye, and eat his nightly bowl of ice cream. He was preceded in death by his parents and his siblings. Survivors include his daughters: CarolynBenepe, Olympia, WA, Susan Benepe, Sheridan, WY, Mary Benepe-Sytsma (Dennis), Grand Junction, CO, six grandchildren: Ben de Ville d’Avray, Halli and Lauren Winstead, Trapper Lee, Alex and Garrett Sytsma, and great-grandson Nolan Q. Holthausen.There will be no services per Tom’s request. Memorials may be made to Green House Living of Sheridan at 2311 Shirley Cove, Sheridan, WY, 82801 which provided honor and dignity at the end of his life. Kane Funeral Home has been entrusted with arrangements.

Date:
Start Time:
Cremation has taken place. Per his request no services will be held.
Location:
Tribute VideoService VideoService Brochure