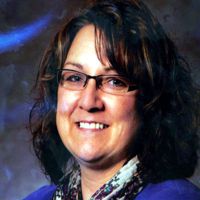 Tobin Anne (Huson) Korsch, 49, of Sheridan, passed away on Thursday, April 2, 2015, at her residence after a 7 year battle with appendix cancer.Tobin was born in Casper, WY at the Natrona County Medical Center to Richard L. and Suzanne (Milnichak) West. The family then moved to Buffalo, where Tobin attended Mrs. Graces Kindergarten School. After her parents were divorced in 1969, and her mother remarried Ed Huson, her family moved to the Huson family ranch north of Buffalo. In 1973, the family moved to Gillette, WY, where Tobin graduated from Campbell County High School in 1983. In 1985, Tobin married John L. Smith, of MT. From this marriage, Tobin was blessed with two children, Lauren Danielle and Joshua Paul.In 1998, Tobin graduated from Sheridan College with an Associate of Science Degree in Dental Hygiene. With the support of her family and friends, Tobin went on to receive a Bachelor\'s Degree in Dental Hygiene and a Masters Degree in Kinesiology and Health, both from the University of Wyoming.In 2003, Tobin married Pete Korsch, of Buffalo, with whom she had spent many enjoyable moments and totally rocked his world for 13 years.Tobin enjoyed traveling, dancing and spending time with family. She loved supporting the Buffalo Bison and served on the Bison Backer committee for many years. Tobin loved her career as a Dental Hygiene Instructor at Sheridan College. Besides her children, her greatest accomplishment was establishing an HIV Screening Program at Sheridan College. This program has been nationally recognized. Tobin was an active member of the Rock Church in Sheridan.Tobin is survived by her husband Pete, her daughter Lauren Smith (Houston Todd) of Birmingham, AL, her son Josh Smith of Chico, CA, her beloved grandson, Archer Edward Tobin Todd, her parents, John and Suzanne Miller of Buffalo and Pete and Gerry Korsch of N. Massapequa, NY, her brothers, Paul (Mae) Huson of Sheridan, Steve (Denise) Huson of Sydney, NE, and Rick (Shrebia) Westof Glen Burnie, MD, Grandma Virginia Milnichak and numerous nieces, nephews, aunts, uncles, and cousins. She was preceded in death by her grandmother, Mae Chase Huson, her grandfather, John “Russia” Milnichak, her dad, Richard West, herstepfather, Ed Huson, her great aunt Helen Sheridan, her nephew Richard Paul Huson II, and her cousin Jennifer Kendall.A Celebration of Tobin\'s Life will be held at 7:00 p.m. on Tuesday, April 7, 2015, at the Rock Church at 1100 Big Horn Ave., Sheridan, with Pastor Mike Garneau officiating.In lieu of flowers, contributions in Tobin\'s name may be made to Appendix Cancer Research at PMP Research Foundation, 6415 Granger Rd., Ste. 200, Independence, OH, 44131, or donate at the website www.pmpcure.org. Thank you!Kane Funeral Home has been entrusted with arrangements.