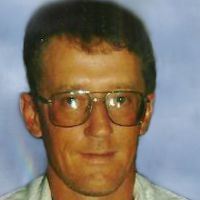 View Service Folder | Click for Video Tribute One of our beloved family members was taken from this world all too soon on April 23, 2014.Travus Lee Adsit was born on March 11, 1959 in Price, UT. He loved to fish and hunt, garden, snowmobile and anything that had to do with the outdoors. He raised fish in an aquarium for his ponds that he built in the front yard. He was an avid photographer of wildlife.Travus worked the last 30 years for Beckton Stock Farms in Sheridan, WY. Travus was very close to his boss Cam Forbes and co-worker Alan Sanders, Travus had a great rapport with everyone he worked with.Travus was very independent, strong and determined to fight his cancer and was able to stay at home with his cats and his fish until the end.Travus was preceded in death by his grandfather, Frank Bybee, his mother, Flora Mae Adsit, and his father, George W. Adsit. He is survived by his grandmother, Mildred Bybee, sister, Terri Thompson, uncles; Tommy Bybee (Glenda) and Gary Bybee,(Linda) dear cousin, Krystal Bybee, closest friend, Brian Morris and several cousins, nieces and nephews.He will be greatly missed by all.A Celebration of Life Gathering will be at 2:00 pm on Saturday, May 17, 2014 at Steamboat Rock on the Big Horn Mountains. A reception will follow at the Trail\'s End.