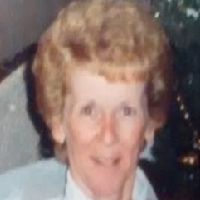 Verna Sethman, 74, of Sheridan, passed away on Wednesday, May 18, 2016, at her residence. She was born on June 4, 1941, the daughter of Nis and Signe (Miller) Laursen in Cherokee, Iowa.After graduating high school she work for the phone company in Cheroke, IA as a switchboard operator. She also worked as a secretary for a number of businesses, including Powder River in Cherokee, IA and Worsters in Storm Lake, IA. Verna moved from Storm Lake, IA to Eureka, CA in 1989 and to Hot Springs, SD in 1992. She later moved to Custer, SD in 1998 until moving to Sheridan, WY in August 2015. Verna volunteered at the Custer Senior Center for many years working in the gift shop and doing their bookkeeping. She enjoyed meeting the tourists as they stopped by and playing bingo.Verna was talented in her crocheting making dollies for family and friends. She also could put pen to paper and write poems to which some were published in a book and had a knack of sketching.Preceding Verna in death were her parents, four brothers, Ervin, Darrel, Nis, and Verle Laursen, four sisters, Doris Laursen, Mary Neustrom, Betty Deirs and Margaret Laursen,Survivors include daughter Deb (Myron) Ottema of Sheridan, WY, grandson Kaleb Clark of Newcastle, WY, granddaughter Hope Clark of Custer, SD, sister Sharon Foran of Cedar Rapids, IA, and brother Norman (Dorothy) Laursen of Sutherland, IA.Kane Funeral Home has been entrusted with arrangements.