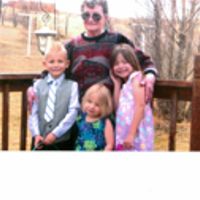 Virginia Boyko, 81, of Sheridan, passed away on Wednesday, January 23, 2014 at the Billings Clinic.Virginia was born on April 28, 1932 in Decker, Mt, to Sherman and Jeanette (Woodall) Horsley. She had ten brothers and three sisters. She was married to George F. Boyko on August 30, 1952 in Ranchester, WY.They had three children.Virginia was a CNA at the Sheridan Memorial Hospital for almost 23 years before retiring in 2000. She enjoyed all her family and friends so much. She will be missed by many people.She is survived by her children; Bobbie L., George Tony, Jack Rick and Dan Handyside, grandchildren, Jammie (Handyside) and Greg Good, Josh and Kim Handyside, Heather (Boyko) and Kenny Cassady, Sarah (Boyko) and Jerome Porter and Maylin Boyko, her great grandchildren; Rylan Good, Kane Handyside, Azalia Wazelle, Seth Wazelle, Elsi Wazzelle, Shaylyne Cassady and numerous nieces and nephews.Per her request there will be no services. In lieu of flowers, memorials to honor Virginia may be made to the Welch Cancer Center at PO Box 391, Sheridan, WY 82801.Kane Funeral Home has been entrusted with arrangements.

Date:
Start Time:
Per her request there will be no services.
Location:
Service VideoService Brochure