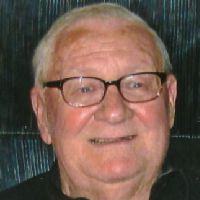 Wayne Blank, 79, of Sheridan, passed away on Friday, August 21, 2015. He was born in Belfield, ND and graduated from high school in Bozeman, MT. Wayne served in the US Army in Germany then graduated from Montana State in Bozeman. For 36 years he worked for MDU. While he was working at MDU he met and married his wife of almost 50 years, Kathy Chrest, in Glendive, MT. They then moved to Bismarck, ND before eventually settling in Sheridan. Together they had three children.Wayne served as president of Kendrick Golf Course Commission, was on the Chamber of Commerce Board, Economic Development Committee, Sheridan Rotary Club, Energy Share of Wyoming Board and was a Sheridan City Councilman.He enjoyed hunting, fishing, golfing, building model airplanes and completing crossword puzzles. Wayne loved spending time with his family especially his grandchildren.Survivors include his wife, Kathy, two sons, Rick (Lisa) of Sheridan, their daughters Addison and Landree, Todd, of Cheyenne, and daughter, Jodi (Jeff) Feck, of Sheridan, their children, Evan, Katie and Tyler, three brothers, Al, of Billings, Floyd, of Laurel and Dale of Billings, one sister, Linda Weidler of Billings and several nieces and nephews. He was preceded in death by his parents, Robert and Violet, and brother, Jerry.Private Services will be held at 10:00 on Tuesday, August 25, 2015, at Kane Funeral Home with Father Brian Hess officiating. Interment will be in the Sheridan Municipal Cemetery.Kane Funeral Home has been entrusted with arrangements.