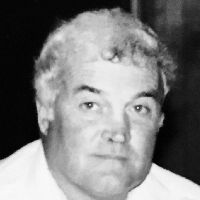 William Allan Crenshaw, 78, of Sheridan, passed away on Tuesday, May 2, 2017, at the Sheridan VA Hospital.Bill was born on August 15, 1938 in Billings, MT to William Ernest and Lela (Rickman) Crenshaw. He married Janet Lee Cunningham on June 14, 1978 in Sheridan, WY. A trip up Red Grade with an ice cream cone from the Dairy Queen sealed the deal. As a young man growing up in Montana, Bill was no stranger to hard work. He worked on ranches, farms and found that he had a talent for connecting to people. Always quick with a joke and an ability to make people laugh, Bill’s people skills enabled his success as a salesman. Over the years he sold everything from tires to lumber, to pop & candy bars; helping his son Tyler (12 at the time) to build a successful vending machine business. Upon moving to Sheridan he became the General Manager at H&H Lumber on Fort Road where he served the Sheridan and surrounding communities for roughly 25 years. Bill was an avid outdoorsman and enjoyed fishing. Some of his favorite spots included the Big Horn Mountains, Lake DeSmet, Key West and Alaska. Hunting, 4 wheeling and camping were also some of his favorite activities. He loved living near the mountains and spent many years and hours driving the backroads with his wife Jan, looking for wildlife or picking wild berries. Vegetable gardening and canning became a favorite activity in retirement. Bill and Jan would make and can jams, jellies, peaches and an assortment of vegetables from their garden. Bill was a dedicated gardener who was constantly looking for ways to grow the perfect tomato. Perhaps the only thing Bill enjoyed more than growing food, was sharing it with others; especially at holiday and family gatherings. Bill was preceded in death by his parents and two sisters. He is survived by his wife, Janet Crenshaw of Sheridan, WY, his children, Tyler (Amy Sparling) Crenshaw of Denver, CO, Cindy (Matt Gorsuch) Vanover of Longmont, CO, and Rick (Christina) Vanover of Stockton, CA, and several generations of beloved nieces and nephews. A private family gathering will be held in Sheridan, Wyoming followed by a burial at the Pleasant View Cemetery in Ballantine, Montana at a later date. As dogs were always a big part of Bill’s life, please consider memorial donations in Bill’s name made to the Sheridan City Animal Shelter. (84 E. Ridge Road, Sheridan WY 82801, 307.674.7694Kane Funeral Home has been entrusted with arrangements.