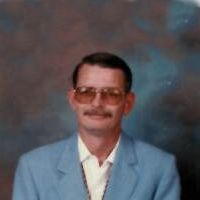 William (Bill) Archie King, Sr., 68, of Sheridan, passed away on Thursday, March 31, 2016, at the Sheridan Memorial Hospital. He was born on May 10, 1947, in Sheridan, WY, to James A. and Janet E. King. Due to his dad being in the service, he moved to many locations in his childhood including Italy and Germany. He graduated high school in Park Forest, IL, in 1965. He served in the Air Force from 1966 to 1969. He married Patricia A. Gillis on June 22, 1968, in Santa Maria, CA. They had a son, William A. King, Jr. and a daughter, Janleann.Some of Bill\'s proudest accomplishments are the following: becoming an eagle scout; being a JCI Senator in 1982; being a Past Potentate of the Kalif Shrine in 1998; Masonic Lodge Member of Lodge 8; he served on the Juvenile Justice Board, and was involved with Court Appointed Special Advocates (CASA) for the past 10 years.Bill worked over 40 years with his father in the family business King Locksmith & Electronics.Bill enjoyed annual hunting trips for many years with his father, uncles and cousins. He also enjoyed playing chess, cribbage, card games, and doing jig saw puzzles with his dad. He enjoyed the occasional fishing trips with his daughter and granddaughter, Lexie.Bill loved animals and always seemed to have a dog that was his buddy – most recently his best friend and companion “Cuda”, that is a Jack Russell Terrier.Bill is survived by his wife, Pat King; son, Bill King Jr.; daughter, Jan (Nathan) Dygon; granddaughters, Lexie Dygon and Julieanne King; Aunt Louann Hamstreet; Aunt Billie Jean and Uncle Zeke Ziemer; cousins, Wendy Redder, Carrie Douglas, Cory Hamstreet, Richard (Debbie) Ziemer, Randy (Debra) Ziemer; and several cousins. He was preceded in death by his parents, Jim and Janet King; his grandparents, Harold (Isabelle) King, Mary King, Frank (Grace) Hamstreet and Zelma Hamstreet; uncles: Bill (Judy) King, Don Hamstreet and Jim (Peg) Hamstreet; and cousin Vicki Lee Rickerby.A Celebration of Life will be held from 2:00 – 4:00 p.m. on Saturday, April 23, 2016, at the Kalif Shrine. Memorials to honor Bill may be made to the Kalif Shriner\'s Children\'s Fund at P.O. Box K, Sheridan, WY 82801 or to CASA at 429 W. Alger St., Sheridan, WY 82801.Kane Funeral Home has been entrusted with arrangements.