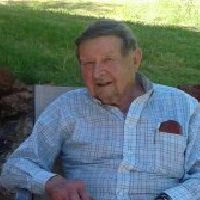 William D. Willey, 86, of Sheridan, passed away very suddenly on Friday, October 24, 2014 at the Sheridan Memorial Hospital.Bill was born on March 11, 1928, to Gerald and Edith Horton Willey in Ashland, MT. Grandfather Dennis Willey was the first Sheriff of Sheridan County after Wyoming became a state. He graduated from Sheridan High and Sheridan Community College. He went into business, Polar Food Bank, with his father and after its sale went on to get an Engineering Degree with honors from the University of Wyoming in 1961.Bill loved to fly and was an accomplished pilot and made numerous flights to Texas, Arizona and California for pleasure. Over his life span he owned various airplanes including one he flew and built in his shop on Prairie Dog.Bill was a retired District Engineer with the Wyoming Highway Dept.Bill was preceded in death by his parents and his long time close partner, Marian Rompf. He is survived by his sons; John Dennis and his wife Dixie of Denver, and James Scott and his wife Lisa of Sheridan, a step daughter, Suan Mickelson of Sheridan, two granddaughters, Chelsea Parfitt and Snowden Terrill and one great grandson, Oliver James all of Denver, along with his first wife, Peggy Scott Corson.Services for Bill will be held at 2:00 on Wednesday, October 29, 2014, at Kane Funeral Home with Pastor Doug Goodwin officiating.Memorials may be made to the Kelly Schreibeis Memorial Foundation at PO Box 6786, Sheridan, WY 82801.Kane Funeral Home has been entrusted with arrangements.