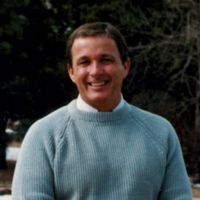 William G. “Greg” Bradford, 72, of Sheridan, passed away on Monday, February 2, 2015, at the Billings Clinic Hospital surrounded by his family.Greg was born on February 7, 1942, in Kalamazoo, MI, to parents Leo and Elizabeth (Jefferies) Bradford. He served in the US Navy and later worked as an inspector for the Federal Government and was a member of the NRA. He married his first wife, Toni Jo Wakefield and later divorced. He married Catherine Schram on March 7, 1986, in Dallas, TX. They moved to Sheridan in 1995.Greg was an outdoor person who enjoyed photography, hunting, camping, hiking, and was a gun enthusiast. He adored his family, his beloved wife, children and grandchildren.Greg was preceded in death by his parents and his brother, Jeff. He is survived by his wife, Cathy, his children; Tracy (Chris) Frederick of Trophy Club, TX, William G. (Andrea) Bradford, Jr., of Ft. Worth, TX, Kimberly (Tom) Herskowitz of Watauga, TX, Stacy (Richard) Ramsey of Sheridan, WY, siblings; Gary (Karen) Bradford of Flagstaff, AZ, and Pamela Jones of Trinity,TX, his grandchildren; Katie, Steven, Blake, Brooke, Haley, Ava and Poppy.A family gathering will be held at a later date.Donations to honor Greg may be made to the donors choice.Kane Funeral Home has been entrusted with arrangements.

Date:
Start Time:
A family gathering will be held at a later.
Location:
Service VideoService Brochure