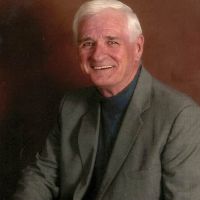 William “Bill” James Conroy, 77, passed away September 16, 2017 at Sheridan Memorial Hospital.Bill was born in Providence, Rhode Island to Jane A. and John H. Conroy. He joined the Air Force after graduating High School and met his wife Mary. Together they had three children David, Jeannie, and Sean. After achieving the rank of Sergeant, Bill was honorably discharged from the Air Force and spent the majority of his life working in the field of building maintenance and was considered a skilled all-around handy man. He later married his second wife Marie whom was from Colorado.Bill enjoyed his last job as a custodian for the Veterans Administration in Sheridan, Wyoming. He had a passion for the ocean and the mountains.Bill was preceded in death by his father John, mother Jane, sister Betty, brother Stephen, son Sean, and wife Marie. He is survived by his son David and wife Cassie of Texas; daughter Jeannie and husband Doug of Connecticut; sister Helen, brother John, sister Patricia, sister Donna; and grandchildren Damien, Kristofer, Taylor, Ashley, Austin, Justin, Theresa, Ian, Thomas, and Andrew; and many nieces and nephews.Bill’s final resting place will be in Rhode Island where his life’s journey began, attended by his family in a private service.Memorials to honor Bill can be made to the Wounded Warrior Project, PO Box 758517, Topeka, KS 66675.Kane Funeral Home has been entrusted with arrangements.