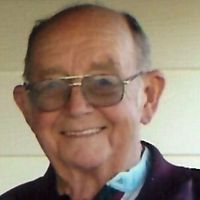 William “Bill” Kirkpatrick, 80, of Sheridan, passed away on Saturday, July 13, 2013 at the Sheridan Manor.Bill was born on May 11, 1933 in Cairo, NE to parents William and Lorena (Lentz) Kirkpatrick. He spent most of his early life in in Aurora, Hastings and Comstock, NE. He graduated in Comstock, NE and went to work for the C.B.Q. Railroad, in 1950, later known as the B.N. Railroad. He had a total of over thirty years with the railroad, twenty years on the bridge and building crew and ten years on the water service. His only break from the railroad was from July 1954 to December 1959 when he served in the Air Force, retiring as a Sergeant.Bill married LaDonna Stragey on February 2, 1960 in Marysville, KS. With this union came five children, they were divorced. He later married Lynn Huson on August 19, 2002.Bill was very active in the Story Community. Supporting and volunteering with various projects. He was nominated Citizen of the Year by the Story Woman\'s Club. He was a volunteer fireman in NE and Story for twenty four years, had Lodge affiliation in Sheridan, Wyoming and Hastings, NE. He was a Master Mason of Lodge 50, a Past Master in Hastings, NE, a member of the Shrine Kalif, Scottish Rite 32, and also served in the Blue Lodge, Eastern Star and Job\'s Daughters.Bill\'s hobbies included hunting, fishing, wood working and reading. He enjoyed being a Kalif Clown and never missed a parade in Sheridan County while he was involved.Bill was preceded in death by his parents, sister, Marilyn, brother, Richard and two infant sons. He is survived by his wife, Lynn, children; William “Bill” ( Sara) Kirkpatrick, Jr. of Columbia, MD, Laura (Mike) Bruning of Casper, WY and Cheryl (Bart) Craft of Leander, TX, grandchildren; Adam (Amanda) Bruning of Casper, WY, and Angela Bruning of Casper, WY, William Kirkpatrick of Columbia, MD, Amanda Kirkpatrick of Columbia, MD, his great-grandchild, William Bruning, (whom was named after his great-grandfather), of Casper, WY, his brother, Larry (Donna) Kirkpatrick of Lead, SD, and sister in law, Evelyn Kirkpatrick of Lincoln, NE. Along with several nieces and nephews.Graveside Services will be held at 11:00 a.m. on Friday, August 9, 2013 at the Quiet Rest Cemetery in Story, WY with Masonic Rites and Full Military Honors. A reception will follow at the Story Woman\'s Club.Memorials to honor Bill may be made to the Story Woman\'s Club, 28 N. Piney Road, Story, WY, 82842 or to the Story Branch Library, P O Box 188, Story, WY 82842-0188.Kane Funeral Home has been entrusted with arrangements.