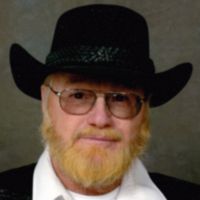 Bill Metz was born July 24, 1938 in Kansas City, Kansas; although he would have told you he was \"found under a rock and his mother said to her dying day that she should have taken the rock home because it would have been less trouble.\"Bill grew up during the war years and spent most of his summers living with his grandparents on the farm in Missouri. At the age of seven he hopped a train and rode with the hobos to Wichita, KS. The following year his grandfather arranged for him to ride with the locomotive engineer to California and back. This was the beginning of his wander lust.During the school year, to keep him out of trouble, his parents got him into the Boys Club where he learned how to box. As he grew older he started boxing in the Golden Gloves. He was always anxious to get back to the farm and away from the big city.Bill loved the open road and started trucking when he was 14 years old. He helped his uncle with local runs, and was thrilled to be behind the wheel of that 18 wheeler. He continued that for many years always feeling like he was being paid to take a vacation. Unfortunately his trucking career ended because his eyesight was no longer good enough to pass the test for over the road trucking. He spent the next several years doing odd job in Kansas, South Dakota and Wyoming.In 1994 he came to live in Story, Wyoming and work for Stanley Sanitation. On April 27, 2000 he married Donna Marshall and moved to Sheridan, Wyoming. After his heart attack in 2000, he had to change professions and started working as a People Greeter at Walmart in 2008.Bill was proud of his Irish heritage and displayed it by being a typical Irish tease. When asked how he was, his reply was, \"I\'m mean, ornery, cantankerous, bad, ugly, and vicious.\" The people who knew Bill knew this was anything but true. Bill was exactly opposite. Bill was a friend to everyone he met. He took pride in helping people, no matter their age. He enjoyed helping mothers with their children as well as the senior citizen who needed that electric cart to help get around the store. He also helped those people who needed help with their shopping.Bill loved life and would tell you he was going to live \"another 150 years,\" and enjoyed watching the expressions he would get out of people. Well, Bill, that was a short 150 years, but God must have needed you to greet people at heaven\'s gate more than we needed you here.Bill his survived by his Wife of 13 years, Donna, his children, Steven Metz (Burlington, VT), Gail Metz (Rapid City, SD) and Marcia Sexton and her husband, David (Ramsey, NJ), his grandson, Robin Sexton, his step-daughters, Beverly Boyce and her husband, Eric (Aurora, CO), Elizabeth Hill and her husband, Jeremy (Littleton, CO), his step-grandson, Isaiah Crouse, his two sisters, Helen Folsom (Kansas City, KS) and Barbara Slagle and her husband, Jim (Kansas City, KS), and too many friends to list.Family will greet friends for an Irish Wake from 5:00 - 7:00 p.m. on Monday, June 3, 2013 at the Kane Funeral Home.Kane Funeral Home has been entrusted with arrangements.