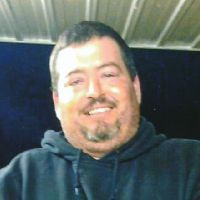 William “Paul” Walsh, 41, of Sheridan WY, passed away at his home on May 21, 2017.Paul was born on May 26, 1975 in Casper, WY to Con and Melody Sue (Lucas) Walsh.He never met a stranger he didn’t like and in turn, was liked by everyone. Paul had a generous and giving spirit and always wanted to help people. One of the things he said the most was “What do I need to do for you?” When he wasn’t working you could usually find him either on the bank of the lake or on his boat with a fishing pole in his hand. When he wasn’t doing that, he loved having his family around him for no other reason than to just be there.Paul was a hard worker and loved nothing more than running a bulldozer or scraper with his crew in North Dakota. His job and co-workers in North Dakota became his home away from home and a second family to him. It was all he wanted to do when he grew up and he was passionate about it.Paul was preceded in death by his Dad “Pops” Con and Grand-Niece Abigail.He is survived by his wife Monica Leonard of Sheridan , WY; 4 Children; 1 Step Child; 1 Grandchild; Mother, Sue Sturr of Sheridan; Stepmother, Kathy Walsh of Sheridan; Siblings, Connie (Derek) Beeson of Casper, WY; Rhonda Hilston of Casper and Matthew Mullikin of Sheridan; 3 Nephews, 3 Nieces, 1 Grand-Niece, 1 Grand Nephew; Numerous Aunts, Uncles and Cousins.A Celebration of Life will be held at 2:00 p.m. on Saturday, May 27, 2017, at Kane Funeral Home with Chaplain Ron Schaal officiating. Inurnment will follow in the Sheridan Municipal Cemetery.Kane Funeral Home has been entrusted with arrangements.