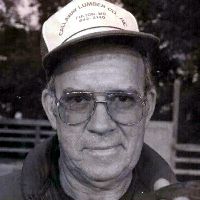 Robert O\'Neill \"Willie\" Williamson passed away on May 13, 2017 in Spokane at the age of 94.  Robert was born in Sheridan Wyoming to Robert Samuel and Minnie Mae O\'Neill Williamson on August 31, 1922.  He spent most of his life there, growing up with his two younger brothers Norman and Richard and attending schools in Sheridan.  On August 29, 1941 he married Helen Shirley Hale and the two moved to Seattle, where he worked for Boeing.  After the birth of their first child, Karen, they moved back to Sheridan and Robert enlisted in the Army and became a World War II veteran, serving in the Asiatic Pacific region and Japan after the war, in the 453rd Engineering Depot Co.During his lifetime, he and his brother-in-law, Kenneth Mitchell, owned a service station, worked for Mullinax Construction and Wortham Machinery as a heavy equipment operator, had his own building construction business building homes, including two for himself, and later started his own cultured marble business.  After retirement he spent his winters in Mexico near San Carlos and summers in Sheridan.  He always loved to hunt, fish, garden and spend time in the mountains around Sheridan.  After the loss of his wife, Shirley, he married Anne Martin - the lady who made him laugh.  After the loss of Anne, Robert moved to Spokane under the care of his son Kent, and his large extended family.  His failing eyesight eventually caused him complete blindness, but he was able to live independently for many years with help from his family and his little dog Rosie, who was with him to the end.  His last few years were spent at the \"From the Heart Adult Family Home\" in Spokane with owners and staff who really cared for him.Robert is preceded in death by his wife Shirley and second wife Anne, his brother Norman and one great grandchild, Brooklyn.  He is survived by his five children, Karen Nelson, James, Kent, Robert and Terry Cashell, 16 grandchildren, 35 great grandchildren, 1 great, great grandchild and his brother Richard Williamson.Robert was smart, witty, creatively inventive, a problem solver. and could argue with the best.  We will miss you dad.  A Memorial Mass will be held at 10:00 on Friday, July 28, 2017, at Holy Name Church. Inurnment with military honors will follow in the Sheridan Municipal Cemetery. A reception will be held in the parish hall following the inurnment.Kane Funeral Home has been entrusted with arrangements.