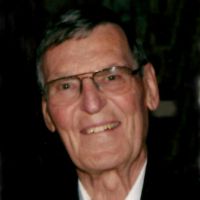 Zack Barnett Brewer Jr., 82, of Story, passed away on Wednesday, October 2, 2013 at Sheridan Memorial Hospital.Zack was born on April 1, 1931 in Fort Collins, CO to parents Zack Barnett and Marjorie Jane (Frasier) Brewer.Zack met the love of his life, JoAnn Williams, in fifth grade at Willard Elementary School in Casper. He went on to attend Natrona County High School, asking JoAnn for their first date in their Junior year, and graduating in 1949. He attended Casper College and Colorado State University, graduating with a degree in Electrical Engineering. Zack and JoAnn married on May 3, 1954 in Las Vegas, NV with family and friends by their side. Joining the Army following graduation, Zack was stationed at Fort Eustis, VA and Fort Riley, KS during the Korean War. While serving, he worked on, and taught, the electrical systems of “flying banana” helicopters. The couple returned to Casper for Zack to go into business with his parents at Electric Service Company, which he later bought. While in Casper, Zack was active in First Baptist Church, Kiwanis, and NECA. He also helped start Fellowship of Christian Athletes at both high schools there. In later years, Zack worked for PacifiCorp in Glenrock and Chehalis, WA. Upon retirement, the couple settled into their home in Story, WY. He served as Post Master at Story Post Office for a short time, and along with his wife, JoAnn, started a Christian Youth Group in Story. He was a member of Story Community Church, and he and JoAnn were recently honored to be chosen as Grand Marshals for the 2013 Story Days Parade.Zack loved his family. He enjoyed his home, yard work, feeding fish in the creek, church work, and fly fishing. Working with youth was one of his great passions. He was a wonderful Christian man who was a great example and positive influence to others.Zack was preceded in death by his parents, Jane and Zack, and his brother, Lawrence “Pork” Brewer. He is survived by his wife, JoAnn; daughter, Rebecca (Bruce) Gurtler of Casper, WY; his son, Scott (Amy) Brewer of Sarasota, FL; his grandchildren, Matthew and Nathan Gurtler, Jacquelin Diercks, Emma Troyer; great-granddaughters, Charlotte and Erika Diercks; and his little dog, Katy.A Celebration of Zack\'s Life will be held at 11:00 a.m. on Thursday, October 10, 2013 at the Story Community Church, with Pastor John Constantine officiating. A luncheon will follow at the Story Women\'s Club.Memorials to honor Zack may be made to Story Community Church “Building Fund” at P.O. Box 415, Story, WY 82842.Kane Funeral Home has been entrusted with arrangements.