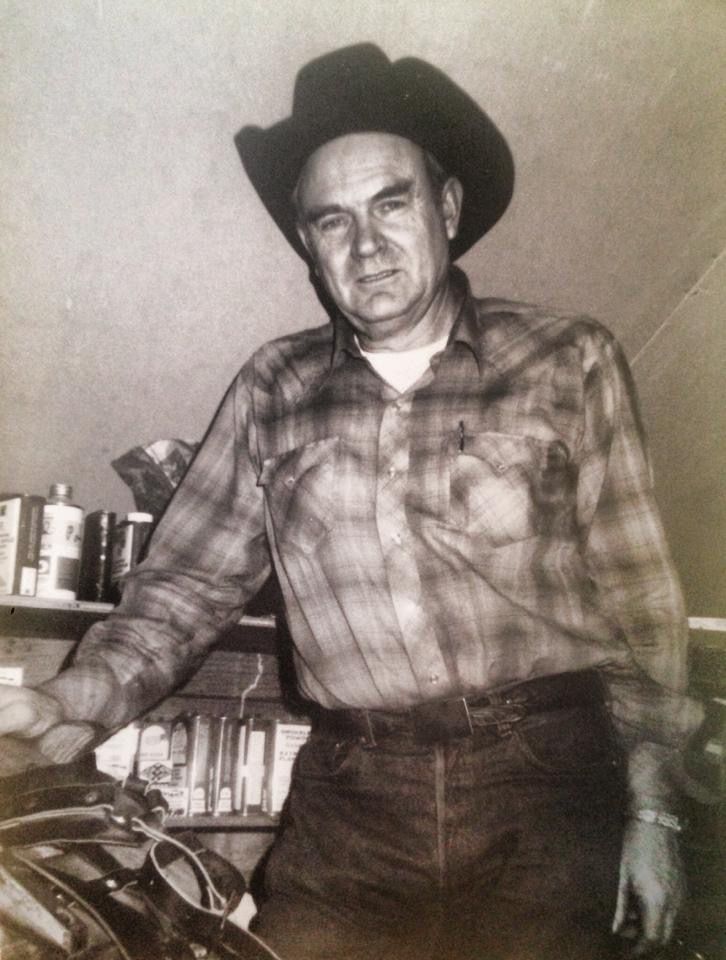 Zane R. Hilman was born July 9th, 1927, to Fred and Alice Hilman, and passed November 15th, 2021 at the family home that his ancestor’s homesteaded in 1879 in Little Goose Canyon. His very first job was at the Garber Ranch (where all the Big Horn boys worked their first job) as a farmhand. He graduated from Big Horn High School in 1945 and soon after was drafted into the United States Army. With it being the end of World War II his job was to type up separation papers.

Their lives were destined from the very beginning as he was the first person to sign up for Sheridan College and Elaine’s father was instrumental in starting Sheridan College and served as the first chairman of the board. At the time Zane started college the couple had not yet met and started their journey together. They met during college and he married Elaine Nash July 28th, 1951. His favorite thing was to tell everyone that she was his 5th birthday present as she was born exactly five years to the day later, with them both sharing a birthday on July 9th.

Zane and Elaine raised their three kids, Ross, Diana, and Brant on the family ranch on Beaver Creek. Zane always joked that she better not plan to have children during hunting season, luckily they were born during the off season. Zane and his close family friend, Charlie Cook, spent many hunting seasons on Walker Prairie, in the Bighorns hunting elk. This was a love he has passed on to all his children and grandchildren.

It was always said that there was nothing he didn’t know how to do. He made pack saddles that were designed to fit a horses back and many are still being used, was a contractor, gunsmith, member of the Big Horn Rifle Club (where he won numerous trophies), member of the Draft Horse Association, Big Horn City Historical Society, and Sheridan Horse Patrol. His favorite times were teaching his family how to tie flies, leathercraft, woodworking, ranching, and hunting.

He became a master knife maker and was still making knives when he passed. He made over 1,400 numbered knives and still has unfinished ones he was working on. He was still doing what he loved as he shot his last deer this year at 94-years of age.

Zane sewed many leather projects, but was also known to sew his grandchildren their vests and chaps to compete in horse shows and rodeo. He spent most of his time when he wasn’t making knives with his grandchildren, Tressa, Kayla, Ilene, Joann, and bonus grandson, Ben. They truly loved the time they spent with him and what he taught them. Life was full of joy to be able to play with his 8 great-grandchildren. Zane and Elaine just celebrated their 70th anniversary this year with family and friends.

"There will be a celebration of life in the summer.  Please continue to watch our website for updates."