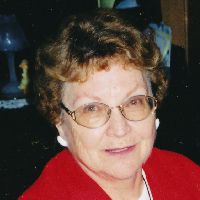 Anna Lee Gorzalka, 85, of Sheridan, passed away on Saturday, June 13, 2015, at her residence.Ann was born in Billings, MT, to parents Charles James and Mabel Lucille (Morris) Williams. She was raised in Northern WY, where the family homesteaded in Rozette, Moorcroft and later Sheridan where her dad was a Blacksmith. She married Michael R. Gorzalka on May 31, 1947, in Hardin, MT. They ranched on Lower Prairie Dog and later moved and ranched on Spring Willow. In 1957, they moved to Sheridan and lived until 1971, when they moved to Big Horn where they both remained until their deaths.Ann enjoyed cooking, baking, gardening and spent much of her time writing histories of Wyoming people. She published three books and many articles and photos nationally, regionally and locally. She was a member of the Women\'s Writer\'s Club, Big Horn Women\'s Club, Wyoming Cattle Association, Sheridan County Historical Society, Big Horn City Historical Society, Holy Name Catholic Church and St. Louis Catholic Church.Ann was preceded in death by her husband, Michael, parents, Charles and Mabel, step father, Emery Weston, brothers, Howard Williams and John Williams, half sister, Lucille Thomas, and nephew, Charles Williams. She is survived by her sons, Mike (Jean) Gorzalka, Lonnie Gorzalka, Ron Gorzalka, all of Sheridan, six grandchildren, Robbie, Ivan, Amy, Brent, Heather and Christy, three great grandchildren, Sienna, Noah and Silas, her brother, James Williams of Sheridan, sister in law, Evelyn Williams of Sheridan, and numerous nieces and nephews. A Visitation will be held at 6:00 with a Rosary at 7:00 on Wednesday, June 17, 2015, at Kane Funeral Home. Mass of the Christian Burial will be held at 10:00 on Thursday, June 18, 2015, at Holy Name Church with Father Ron Stolcis officiating. Burial will be in the Elks Memorial Cemetery. A reception will follow in the Parish Hall.Memorials to honor Ann may be made to the Big Horn City Historical Society (BHCHS) at P.O. Box 566, Big Horn, WY 82833.Kane Funeral Home has been entrusted with arrangements.