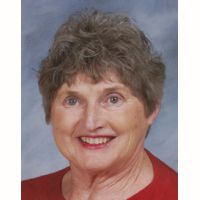 Beverly Putzi, 79, of Sheridan, passed away on Friday, October 25, 2013 at the Sheridan Manor with loving daughters by her side.Beverly was born on February 24, 1934 in Ludington, Michigan to Edwin J. and Beatrice M. (Abrahamson) Betka. When Beverly, the oldest of nine children, was twelve, her family moved to Denver, Colorado. Beverly attended Catholic schools in Denver and graduated from St. Joseph’s. Although raised in the city, Beverly cultivated a love of horses and became a skilled rider. She boarded her horse at the stock yards in Denver and her siblings tell tales in later years of her hanging tack all over the house to accompany her various equine endeavors. This love of horses and western lifestyle brought Beverly into a new phase of adventures after her high school graduation, working on cattle ranches in Colorado and dude ranches in Arizona. A position at Eatons’ Ranch in her mid-twenties brought Beverly to the Sheridan area. While in Sheridan, Beverly met and married Ken Putzi. They had three daughters and were married for eighteen years. During their early years together, the family lived in southern Wyoming and Colorado and returned to Sheridan in 1977 where Beverly lived for the remainder of her life. She greatly enjoyed her part-time job with the U.S. Forest Service in her later years.Beverly treasured her role as mother and grandmother. She had an immense love of life. She was always busy going to the mountains, traveling, attending plays, concerts, art shows, and movies, and sharing these activities with her family. Beverly loved animals, especially her collie dogs. Holiday gatherings and recent family reunions with the entire Betka clan were very important and special to Beverly. She was a devout Catholic and a member of Holy Name Catholic Church.Beverly was preceded in death by her parents, sister, Mary Sue, brother, Baby John, and beloved sister-in-law, Ina. She is survived by her daughters, Deborah (Don) Gardner, of Corvallis, MT, Karen (John) Ross, of Clark, WY, and Jennifer (Josh) Johnson of Buffalo, WY, her siblings, Dan (Judy) Betka, of Chandler, AZ, Mike (Lynn) Betka, of Scottsdale, AZ, Marilyn (George)Lowe, of Loveland, CO, Jim Betka, of New London, NC, Richard (Charyn) Betka, of Aurora, CO, Nancy (Gustavo) Sedillo, of Aurora, CO, John (Cheryl) Betka, of Durango, CO, Peter (Patti) Betka, of Colorado Springs, CO, her grandchildren, Amelia Gardner, Nathan Gardner, Coy Johnson, and Cam Johnson, along with numerous nieces and nephews.Beverly’s daughters wish to thank the staff of Sheridan Manor for the compassion, love and friendship they gave Beverly while she was in their care. They are especially grateful to the staff that was with them during Beverly’s last days. They worked diligently, and with genuine love and kindness, in making Beverly comfortable and peaceful.A Rosary for Beverly will be held on Friday, November 8, 2013 at 7:00 p.m. at Kane Funeral Home with Father Louis Shea officiating. A Celebration of Life Mass will be held on Saturday, November 9, 2013 at 10:00 a.m. at Holy Name Catholic Church with Father Louis Shea officiating. A reception will follow the service in the Parish Hall. Inurnment will be in the Sheridan Municipal Cemetery.In lieu of flowers, memorials may be made to Sheridan Dog and Cat Shelter 84 East Ridge Rd, Sheridan, WY 82801, Easter Seals Wyoming Center, Sheridan, 991 Joe Street, Sheridan, WY 82801, or the Sheridan Senior Center, 211 Smith St., Sheridan, WY 82801.Kane Funeral Home has been entrusted with arrangements.