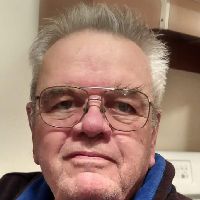 Brian C. Shafer, 79, of Sheridan, passed away on Tuesday, May 29, 2018, at the Sheridan Manor.Brian was born on May 3, 1939 in Dayton, Ohio to parents Donald C. and Iva Eileen (Adams) Shafer. His family moved to Wyoming in 1955 in a pick up truck with everything they owned. He never wanted to return to his birth state. He truly loved Wyoming! He met the love of his life, Betty Burgess and they were married. He was a great man with a BIG HEART and a bigger sense of humor. Brian was a local Baseball Umpire and dedicated many hours to the children, past president of the Eagles 186. Brian and his best friend, Bobby Rivers (deceased) organized a group , “The Eaglettes.” They toured the state raising thousands of dollars that purchased new buildings and supplies for the Crippled Children Camp in Buffalo, WY. Brian retired from Spring Creek Coal in 2002. He was a great husband, father, friend, always giving and will be missed by all. Brian was preceded in death by his parents, daughter Tina Sharkey, granddaughter Candyce Palmer, brother Ian Shafer, daughter in law Bernadette Vigil Shafer, and son in law Dennis Phillips. He is survived by his wife Betty of 58 years, they said it would never last, Daughter Donna Phillips of Kalispell, MT, Scott (Jennifer) Shafer of Sheridan, WY, brother Courtney Shafer of Belgrade, MT, six grandchildren, seven great grandchildren and seven great great grandchildren. Also, two special great great grandchildren Airyanna and Gawain Sharkey. Brian provided them with all his love and guidance. Brian and Betty have permanent guardianship.Per Brian\'s request no services are planned.“You ain\'t hurt... it\'s a long way from your heart.”Kane Funeral Home has been entrusted with arrangements.