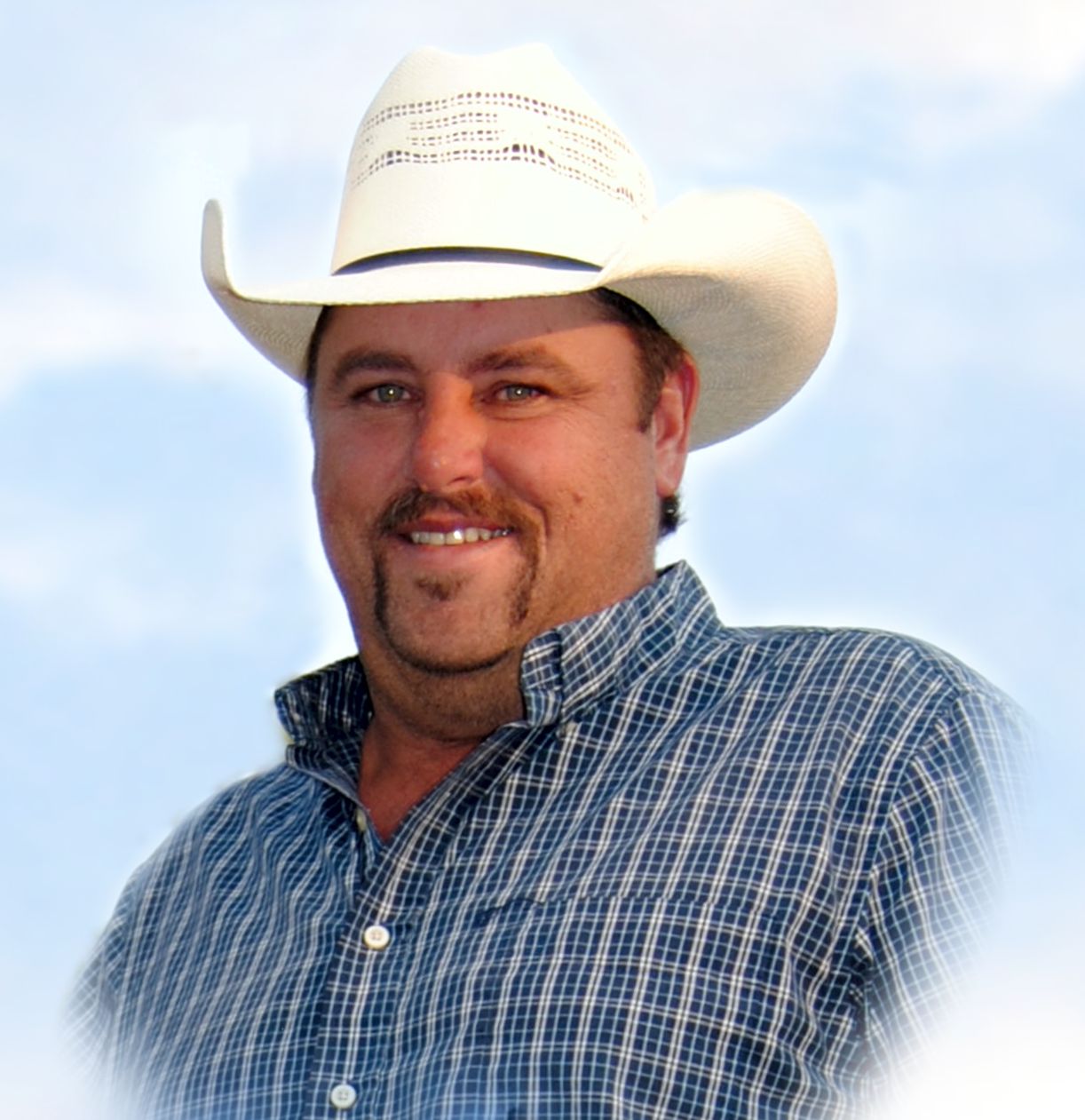 Cody Francis Wulff, 47 of Gann Valley, SD passed away on Saturday, July 23, 2022 in Dayton, WY with his family by his side. Cody was born April 4, 1975, in Miller, SD arriving 364 days after his brother Bullet, to Robert and Berdie Wulff. He started his schooling at Pershing Country School in rural Kimball, SD. The family moved in the winter of 1986 to Dayton, WY where his dislike of schooling continued, even four days a week was too long. He graduated from Tongue River High School in 1993. Cody started his love of ranching and being a cowboy with his Dad while he was a teenager. He spent many a weekend and evenings horseback, fixing fence and night calving for Sheeley’s and Kane’s. His love of trucking started in 1993 when he went to work at Whites Trucking for Tommy White. This took him from over the mountain and as far as Chicago and New York delivering goods. With this much windshield time the saying, “late nights with chrome and lights,” just started to peak. You always knew when Cody was coming because you could hear him before you could see him. Or some would say he would ‘Wulffinize’ his vehicles. Cody never wanted to overstay his welcome too long and South Dakota was calling him back. He went to work for Rod and LynnEtte Larsen at R &L Feedlot. He enjoyed working with the cattle and trucking as well as got to work with one of his oldest childhood friends, Ryan Larsen. After his various stints at the feedlot he made his way back to Wyoming. This time he went to work for Eatons’ Ranch as a wrangling, roping, riding and dude pleasing cowboy. This was like a second family to Cody. This is where he met many of his life long friends, no matter the distance and time between all of them. The last few years Cody made his home and started his own trucking business back in Gann Valley and did so during the warmer months. He made a great name and reputation for his business. Always coming through for his neighbor, friends, the town, the county and even the sheriff that used to chase him. Then winter months took him to the warmer climate of Wilcox, Arizona where he worked at the ‘nut’ farm for Chase Farms. Cody was friends of many with all of his travels and employment. His love for family was second to none. He would travel hours just to see his nieces and nephews compete. He loved to compete himself, with his favorites being the Friday night ropings at the fairgrounds to the Sunday roping at Eatons’. Another passion was wild cow milking at the county rodeo. He has a few championships under his pantless belt.He was preceded in death by his father Robert Wulff, brother Bullet Wulff, uncle Kermit Wulff, grandparents Vernon and Bernice Walter, Clarence ‘Bullet’ Wulff and Ethel Wulff. He is survived by his mother, Berdie Wulff Rieger (Roy), sisters Dusty (Justin)Myers, Shy (Monte) Brug, nieces Kennady Myers and Jaydee Brug, nephews Tuck Myers and Riggin Brug. Cody said, “ cousins that were more like brothers,” Kevin Wulff and Wesley Wulff, numerous aunts, uncles, cousins and too many friends who became like family to name.