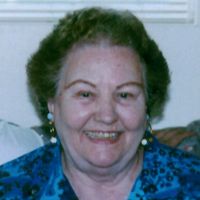 Cora Lee Randolph passed away on Saturday, May 4, 2013 from a lengthy illness.Born in Paris, TX on Sept. 12, 1928. to John David and Jessie Irene (Van) Randolph. She married Constantine Rigas in 1943 and moved to southern California where she gave birth to 2 children, James Edward Rigas and Constance (Connie) Lynn Rigas. She later divorced and moved to Sheridan, Wyoming to live near her daughter.Cora was \"born to shop\" and this was the motivating factor in all her travels. She liked to take her daughter with her and together they shopped all over the world, including the largest shopping mall of the world in Canada. Cora and her daughter traveled mostly on cruises, looking for treasures to give as presents to her family and friends.Preceded by death are: her father John David Randolph; mother Jesse Irene Randolph; baby sister, Rosie Mae Randolph; and her son, James Edward Rigas.Cora is survived by her daughter, Connie Portwood of Sheridan, WY; brother, J.D. (Geri)Randolph of Allen, TX, and sisters Phyllis Pierce, Eugene, Oregon; Peggy (Dick) Bracken, Santa Clara, UT; Lois (Don) Jimison, Lake Havasu City, AZ. She has 3 grandchildren and 7 great grandchildren and 1 great-great grandchild.At the request of the deceased, the remains have been cremated and no services will be held. The Sheridan Senior Center has helped in many ways to support Cora during her illness and donations in her remembrance may be made to: Sheridan Senior Center, 211 Smith St., Sheridan, WY 82801.Kane Funeral Home has been entrusted with arrangements.

Date:
Start Time:
At the request of the deceased, the remains have been cremated and no services will be held.
Location:
Service VideoService Brochure