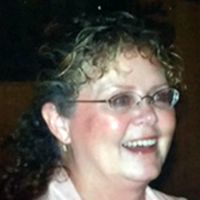 Dana Bryant, 65, of Sheridan, WY passed away August 3, 2016, with her family at her side. Dana was born in Worland, WY March 16, 1951, to Eugene and Evelyn Guibault. As a child she moved to California, where she graduated from high school in 1969. She married Steve Leetch, and together they had 3 children, Todd, Becky, and Margaret. They were later divorced. Dana moved to Sheridan in May 1994, and married the love of her life Rick Bryant. With her marriage, she became mom to T.J. and Angie. Dana loved gardening and spending time with her family. She also loved her dog Grizzly, the \"coolest dog ever.\" Dana was preceded in death by her parents, sister Cherilyn, brother Albert, and grandson Stirling. Dana is survived by her husband, Rick, children Todd, Becky (Cathi), Margaret (Josh), T.J., and Angie (Wayne). She is also survived by her brother Fred (Patti), sister Marlene, father-in-law,Jim, brother-in-law Kenny (Carolyn), sister-in-law Joyce (Doug), and grandchildren, Killian (Lynn), Ashley, Austin, Alesha, Chloey, Summer, Breana, Aaralyn, Troy, Nicholas, and great grandchildren Mazi and Ella. A celebration of life will be held at a later date. In lieu of flowers, donations may be sent, in her memory, to Sheridan Second Chance Cat Rescue, 945 Werco Avenue, Sheridan WY 82801.Kane Funeral Home has been entrusted with arrangements.