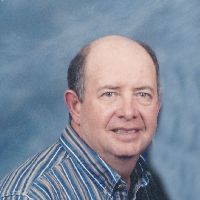 David Eugene Barker, 64, passed away on Wednesday July 25th 2018. Dave was born on October 18, 1953 to Gene and Teresa Barker and was raised in Sheridan, WY. He attended Sheridan High School graduating in the class of 1972. He married his wife Linda on November 7th, 1980 and together they raised three children, Andrea, Jillian and Jeffrey.Following in his father’s footsteps, he learned to operate heavy equipment at a young age. His career began at Big Horn Coal 1972-1976, followed by employment from 1977 to 1988 at a company owned and operated by his dad and Uncles called Barker Brothers Construction. He then went to work for Garber Agri Business in 1989 and remained there until his untimely passing. Dave’s skills included welding, mechanics, and construction. He was generally a jack of all trades.Dave’s life was filled with his family. He loved his family and friends and shared his gentle and kind attributes with everyone who knew him. He was a man of strong integrity and commitment. When Dave spoke to anyone they would stop and listen to his words of wisdom.His greatest enjoyment in life was camping with family and friends in the Big Horn Mountains and going on 4-wheel trail rides with a group or an individual. Dave knew the mountains well and loved sharing them with anyone.He was a member of the Sheridan Wesleyan Church since 1982 where he was involved in several building projects.He is preceded in death by his father Gene Barker. He is survived by his wife Linda, children Andrea Sanders (Drew Scott) of Rogers, AR, Jillian (Matt) Evanoff , and Jeffrey Barker both of Sheridan and a granddaughter Ruthie Evanoff of Sheridan, WY. He is also survived by his mother Teresa Barker of Sheridan, sisters, Mary Masters and Barbara Taylor of Sheridan and Geni Barker of SLC, UT, numerous nieces and nephews, aunts, uncles and cousins.A Memorial Service will be at 11 AM, Tuesday, July 31, 2018 at the Wesleyan Church with Pastor Aaron Hughes officiating. A reception luncheon will follow the service at the church.In lieu of flowers donations can be made in memory of Dave Barker to Sheridan Wesleyan Church, 404 W. Brundage Lane, Sheridan, WY 82801.Kane Funeral Home has been entrusted with arrangements.