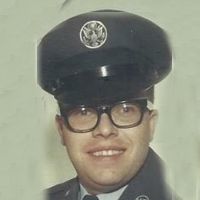 Donald (Don/Donnie) Dean Chidester, 70, passed away on December 9, 2015, at Billings Clinic Hospital in Billings, Montana.Don was born to Dewey Forrest and Blanche Velma (Fallon) Chidester on December 15, 1944, the youngest of 5 children. Don married Mary Elizabeth Havens on November 30, 1966, at the Little Brown Church in the Vale in Nashua, Iowa. They recently celebrated their 49th wedding anniversary. They have 2 children: William (Bill) and Janet (Jan). He graduated from Albia High School in 1963. Following high school graduation, Don enlisted in the Iowa Air National Guard and served from 1964-1971. He attended basic training at Lackland AFB in San Antonio in 1964. In addition, he worked as a Communications Specialist for the Illinois National Guard in Peoria, IL from 1969-1971. He also served in the Army National Guard and the U.S. Army Reserves forseveral years. Don earned the rank of captain in his military service.Don earned his Licensed Practical Nurse degree in 1966, from Indian Hills Community College and later earned his Associates Degree in Nursing from Des Moines Area Community College in 1977.Don worked for many years as a registered nurse in Behavioral Health. He began his career in nursing at the VAMC in Knoxville, Iowa in 1964. Don moved his family from Iowa in the early 1980’s to Sheridan, Wyoming, where he held numerous positions at the Sheridan VAMC. He retired from the Sheridan VAMC in 1994. Following retirement, he returned to college to earn two degrees from Sheridan College and worked periodically as a travel nurse. In recent years, Don and his wife alternated their homes between Sheridan, Wyoming and Fairbanks, Alaska.Don was preceded in death by his parents, his brother Bob and sister-in-law Shirley (Snodgrass), hisbrother Ed and sister-in-law Jean (Morgan), and his sister Mary and brother-in-law Walt Guffey.He is survived by his wife, Mary; his son, Bill (Julie) of Corpus Christi, TX; his daughter, Jan (Kevin) Bloom of Spearfish, SD; his grandchildren, McKenzie, Jonathan, and Elyse, all of whom he adored; his sister Pat (Ray) Reed of Albia, Iowa; numerous sisters and brothers-in-law; numerous nieces and nephews; and countless friends.Don will be greatly missed by his family and friends and will be remembered for his humility, his kind and loving nature, his dedication to family, and his sense of humor. He will be remembered by so many people for the “so many ways” by all those lives he touched and paths he crossed along his life’s journey. Don was always the first to offer to help anyone in need, helping so many people in his lifetime, whether it was his family, friends, or acquaintances.There will be no formal burial services as Don wished. A celebration of Don’s life will be conducted in the future in Sheridan, Wyoming and Albia, Iowa. Donations can be made to favorite charities in Don’s honor.Kane Funeral Home has been entrusted with arrangements.

Date:
Start Time:
A celebration of Don’s life will be conducted in the future in Sheridan, Wyoming and Albia, Iowa.
Location:
Tribute VideoService VideoService Brochure