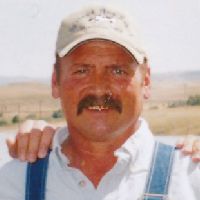 Douglas W. Taylor, 64, of Sheridan, passed away on Saturday, April 21, 2018, at the Sheridan Memorial Hospital with his closest family and friends by his side. He was born on December 1, 1953, and raised in Sheridan by is grandparents, Thomas and Gail Taylor, on their homestead.Doug left for the United States Army three months before graduating high school in 1972. He enjoyed his time in the military, especially his time as a Survival, Evasion, Resistance and Escape instructor in Seoul, South Korea, before being honorably discharged in 1975. He married the love of his life, Barbara, on July 31, 1987. They made their life in Sheridan, Wyoming. Together they had a daughter, Tommi, who Doug always said was the greatest accomplishment of his life. He was a very proud dad. He doubled his kids when Dan Johnson became the son-he-never-had.Doug was a man with a quick wit and a huge heart. He was a certified welder by trade and worked in the construction industry for many years before being injured in an industrial accident in 2000. His loves were four-wheeling, camping, hunting, fishing and riding his motorcycle. Doug was a Iron Butt motorcyclist completing the 1000 and 1500-mile races. The best times of his life he always felt were the ones where he was surrounded by his family and friends laughing and enjoying the company of one another.Doug is survived by his wife, Barbara and his two children, Tommi (Grant) Ritterbusch and Dan (Jessica) Johnson, and grandchildren, Evelyn and Connor Johnson; sisters in law, Geni Barker and Mary Masters; brother in law, Dave (Linda) Barker, nieces and nephews, Tracy, Andrea (Drew), Jillian (Matt), Kayleen, Jeffrey and Manny, great nephews Caden, Tyler, Ethan and great niece, Ruthie. He leaves his friends who were like his brothers, Bill (Connie) Mairs and Harry Evans, along with many other lifelong friends.Memorials to honor Doug may be sent to the DAV of Wyoming, VA Medical & Regional Ofc. Ctr., 2360 E. Pershing Blvd., Cheyenne, WY 82001.A Celebration of Life will be held at 10:00 a.m. on Saturday, April 28, 2018, at Kane Funeral Home with Pastor Phil Wold officiating. Inurnment with Military Honors will be in the Sheridan Municipal Cemetery. A Reception will follow in the Kane Reception Hall.Kane Funeral Home has been entrusted with arrangements.