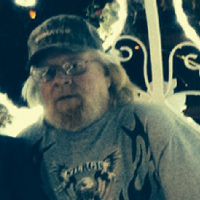 Durand Lee Porter passed away on Thursday, December 4, 2014, at Campbell County Hospital. Durand was born on November 22, 1954 in Windom, MN to parents William and Leora (Cullen) Porter. He proudly served in the Navy and was a veteran in the Vietnam War.At the age of 7, his family moved to Rapid City. He graduated from Stevens High School in 1973, and then attended a technical school where he studied autobody repair. He then moved to Sundance followed by a move to Buffalo. He worked at the Lucky Five Body Shop and then Pert\'s Place. In 1991 he moved to Sheridan where he opened and operated Broadway Body Shop until 2007. For the last 6 years Durand split his time between Gillette and Sheridan. While he was in Gillette he worked for MGM Construction, Northstar Construction, and most recently Wingnut Construction.Durand met the love of his life Charlotte at the Crossroads Inn, where she was employed. They were wed on June 21,1979, in Las Vegas.Durand enjoyed riding 4 wheelers in the Big Horns, fishing with his grandchildren, motorcycles, traveling, and spending time with his wife, daughter, son in law, and grandchildren.Durand was preceded in death by his grandparents and his father, William Porter. He is survived by his mother Leora Porter of Spearfish SD, his wife Charlotte (Pence) Porter, his daughter Shannon (Lane) Thompson, grandchildren Blade and Ashley Thompson, his mother in law Pauline Benton all from Sheridan. He is also survived by his brother, niece and nephew, his sister and two nieces.He was a great husband, father, grandfather and friend. He will be greatly missed.Services will be held this Wednesday December 10, 2014,at the Sheridan Wesleyan Church at 2:00.Kane Funeral Home has been entrusted with arrangements.