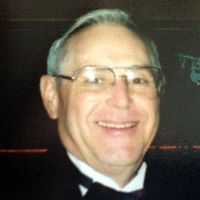 Edward W. Temple, 76, of Sheridan, passed away on Tuesday, November 17, 2015, at the Close to Home Hospice House in Gillette, Wyoming. Ed was born on September 8, 1939, in Sheridan, WY, to Edward and Agnes (Harold) Temple. He was raised in Sheridan. He graduated from Sheridan High School in 1957, and graduated from The University of Colorado in Boulder, Colorado, with his Bachelor\'s Degree in accounting. His first job was as a CPA for Ernst and Ernst, “One of the Big Eight” accounting firms. Later, he was a plant manager for a manufacturing company in Michigan and then moved to Jacksonville, Texas, where he was again a manager of an air conditioning company. He then became the owner of his own company, Jacksonville Concrete Service, in Jacksonville. He later returned to Sheridan with his son, Keith, to be near family and friend\'s. While in Sheridan, he owned Video One from February 1994 to July 2000. He was co-owner of Video One with Sharon Tracy and they remained great friends until his passing. He enjoyed working with the employees who were about his son\'s age and was a mentor to many of them. He always encouraged them to have a great work ethic. There were only 26 employees in 6 1/2 years, many of which he was still in contact with. He was a calm, quiet, kind and generous man to those who knew him well.He played American Legion Baseball from 1954 to 1957. Baseball and basketball were his passion. He also coached and mentored his son\'s basketball and baseball teams for many years.Ed enjoyed fishing, hunting, being outdoors, and especially attending sporting events of his son and grandchildren. He loved to help people and was always available when they needed his help on a variety of projects. He was a member of the St. Peter\'s Episcopal Church. Ed was preceded in death by his parents and grandparents. He is survived by his son, Keith (Leslie) Temple, and granddaughters Amber and Arieanna all of Gillette, Wyoming, sister Katherine Temple of Denver, CO. Memorials to honor Ed can be made to the Sheridan American Legion Post 7, Baseball Booster Club, 260 Murphy Gulch Rd., Sheridan, WY 82801.A Gathering of Family and Friends will be held at 2:00 pm on Tuesday, November 24, 2015 at Kane Funeral Home with Father John Inserra Officiating. A reception will follow in the Kane Reception Hall.Kane Funeral Home has been entrusted with arrangements.