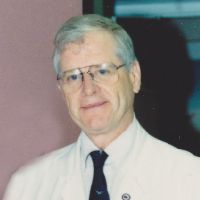 View Service Folder|Click for Video Tribute Edwin Darracott Vaughan Jr., 76, of Sheridan, passed away on Friday April 22, 2016, at the Westview Health Care Center. He was born on May 13, 1939 in Richmond, VA, to parents Edwin Darracott and Blanche (Bashaw) Vaughan, Sr.Darracott Vaughan attended the St. Christopher School in Richmond and graduated from Washington and Lee University in Lexington, Virginia in 1961. He graduated from the University of Virginia School of Medicine in 1965. He trained in general surgery at Vanderbilt University and fulfilled his residency in urology at the University of Virginia. He had a clinical research fellowship in the Department of Medicine at Columbia University in New York City and then became assistant and associate professor of urology at the University of Virginia. In 1978 Darracott was appointed as the James J. Colt Professor of Urology, Chairman of the Department of Urology at Cornell University Medical Center and the Urologist-in-Chief at The New York Hospital. He held many leadership roles during more than 30 years of dedicated service to the Cornell/New York Hospital community including the Chief Medical Officer of the Weill Cornell Physician Organization and the Executive Vice Dean/Senior Associate Dean for Clinical Affairs there.Darracott provided many years of service to the American Urological Association (AUA) and the New York Section of the AUA, including the presidency of the AUA in 2001. He was President of the New York Section in 1987, and he served on the American Board of Urology and was its president in 1989. Darracott received the Gold Cystoscope Award in 1981. As a member of the American Association of Genito-Urinary Surgeons he was awarded the Barringer Medal in 1993. He received the Valentine Award from the New York Academy of Medicine in 2000. That year he also received the Hugh Hampton Young Award from the AUA. He received the St Paul’s Medal from the British Association of Urological Surgeons and the Greenberg Distinguished Service Award from The New York Hospital in 2002. He was a founding member of the Medical Program of the American Austrian Foundation, with over 17,000 physicians attending Salzburg Seminars to date. Darracott earned a Doctor of Science from Washington and Lee in 1982 and was a member of Alpha Omega Alpha and Omicron Delta Kappa. These are but a representation of his many honors and awards.He published over 380 articles, 250 abstracts and authored several books. He completed numerous visiting professorships and named lectureships during his distinguished career, collaborating with leaders in his field all over the world.One of Darracott’s proudest accomplishments was his eight years of service on the University of Virginia Board of Visitors – receiving two appointments from two different governors representing two political parties.Most importantly, Darracott was a teacher and mentor to so many, beloved by his patients and everyone he worked with. He infallibly made time to listen to and advise his peers, friends and family, extending his calling of providing professional care to giving deeply personal care to all he encountered. His true legacy overshadows his lengthy professional career, in that his influence and guidance indelibly enriched the lives of his far-reaching circle of acquaintances.Darracott and Virginia Anne Lloyd married in Goochland, Virginia in 1962. The many years he spent with Anne, family and friends on Shelter Island, NY were his “therapy.” He was a member of St. Mary’s Episcopal Church and the Shelter Island Yacht Club. Darracott and Anne retired to Sheridan, WY in 2010 and joined St. Peters Episcopal Church, and he became a member of the Big Horn Lions Club. Darracott found fulfillment working part time with Dr. Stephen Holst in Sheridan. His portrait by Everett Raymond Kinstler, commissioned to hang in the Department of Urology at Cornell University Medical Center, will be part The Brinton Museum’s upcoming “Journeys West and Beyond” exhibition in Big Horn, WY. As an avid Brooklyn Dodgers fan, he never forgave them for moving west. Darracott was preceded in death by his parents. He is survived by his wife, Anne, son, Edwin Darracott Vaughan III, his wife Melissa and their daughters Virginia and Grace of Castle Pines, CO, daughter Barbara Anderson Vaughan and her son Ridley of Berlin, Germany and nephew Randolph Anderson of Rancho Mirage, CA. Funeral Services will be held at 10:00 a.m. on Thursday, April 28, 2016, at St. Peter\'s Episcopal Church with Father John Inserra officiating. Interment will be in the Sheridan Municipal Cemetery with a luncheon reception to follow at the church.Kane Funeral Home has been entrusted with arrangements.