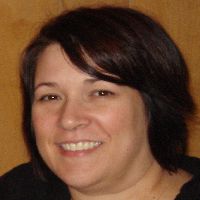 View Service Folder|Click for Video Tribute Erica Leigh (Hanson) O\'Dell, 44, of Sheridan, passed away on Wednesday, January 6, 2016, at Westview. She was born on August 13, 1971 in Fargo, ND to Lindell (Bernier) and Peter Hanson. She was raised in Moorhead, MN. After graduating in 1989, from Moorhead High School she graduated from Moorhead State University with a Major in Historical Archeology and then received her Master\'s Degree in Industrial Archeology from Michigan Tech University in Houghton, MI. She met Kevin O\'Dell in MI and they were married in Sheridan. Together they had two children, Piper and Fletcher.Erica enjoyed reading, music and the arts. She worked for ACR Consultants and the Sheridan County District Attorney\'s office. She loved her children, family and friends.Erica was preceded in death by her grandparents, Charlotte Colby and Louis Bernier, Lois Oppegaard and Bob Oppegaard. She is survived by her children; Piper O\'Dell and Fletcher O\'Dell both of Sheridan, WY, her parents; Peter (Deborah) Hanson of Thornton, CO, Lindell (David) Lamb of Dilworth, MN, her siblings, Ian (Domnika Kutsev) Hanson of McIntosh, MN, Michael (Wendy) Lamb of Alaska, Joshua (Kristen) Anderson of Lakewood, CO, Heather (Matt Ballard) Kay of Northglenn, CO, numerous aunts, uncles, nieces and nephews.A Celebration of Life with a reception gathering will be held at 10:30 a.m. on Saturday, January 9, 2016, at Kane Funeral Home.Memorials to honor Erica can be made to the Welch Cancer Center at PO Box 391, Sheridan, WY 82801.Kane Funeral Home has been entrusted with arrangements.