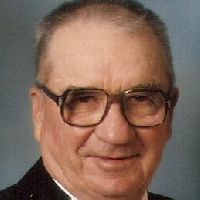 Frank Carl Lentsch passed away peacefully February 25, 2016, at the age of 90. Born May 1, 1925, in Lake City, South Dakota to Frank Carl Lentsch and Susanne Weyer Lentsch, he was one of eight children. He remained on the family farm and married Ellen Margaret Valentine June 8, 1958, at the Little Brown Church in Nashua Iowa. Together they moved to Wyoming and raised their family. Frank was a mechanic by trade, working for Jersey Creamery and Decker Coal. He loved to hunt and fish, always looking forward to elk season and the first ice to set on the lake. After his retirement, he was able pursue his hobbies of woodcraft, gardening, and raising honey bees. His beekeeping hobby soon became a business which he operated for 35 years. As an avid gardener, people always admired his beautiful gardens and his generosity in sharing his produce. Frank is survived by his wife Ellen of 57 years, sons, Gary (Carla) of Eugene OR, Matt (Cindy) of Worland WY; daughters, Deanna (Eddy) Reisch of Mesquite NV, Tami Fleshman of Kearney NE, along with eight grandchildren, and one great grandchild. He will be remembered as a quiet man who worked hard to support his family. A private memorial service will be held at a later date. In memorial, the family requests a moment of silence and prayer in his memory.Kane Funeral Home has been entrusted with arrangements.