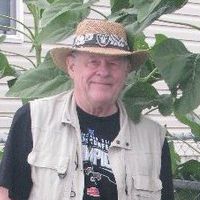 Gary Lee Knudsvig, 80, of Buffalo, grabbed his suitcase and went on the road again, Tuesday, July 31, 2018, now he will be everywhere man….. Graveside services will be held by his family in Plentywood, Montana at a date to be announced.Gary was born on December 1, 1937 in Thief River Falls, Minnesota. At a young age he moved to Plentywood, Montana with his parents Orville & Jeannette Knudsvig, where he was raised with his six younger siblings, attended school and made many lifelong friends. Gary was an accomplished athlete throughout his high school years, and later became a professional bowler. Gary owned and operated bowling centers in Montana, Canada, Washington and California.He was married to his wife Sharon, and together they had two children, Bruce and Tonjua.Gary’s nickname was “Suitcase” as he was always moving around the country looking for new adventures. He lived the majority of his adult life in Southern California and Arizona where he loved the warm weather and the beauty of the desert. He was a diehard Raiders fan from the time they were in Los Angeles and was looking forward to their new location in Las Vegas. Willie, Waylon and Johnny were his brothers from another mother, as he would say.In 2004 he moved to Buffalo, Wyoming to be near his family. At this time in his life he enjoyed doing whatever he wanted to do regardless of the outcome. His family meant the world to him and he always looked forward to his annual reunions with his family and friends in Plentywood.He had a soft spot in his heart for his dogs Sammie and Dakota. His grandkids were number one on his list, he was always proud of their accomplishments.Loved ones who cleared the path for Gary were his mother Jeannette Knudsvig who he cherished, father Orville Knudsvig, brothers, Al, Keith, and Wayne Knudsvig. Loved ones who will miss Gary until they meet again are his children Bruce Knudsvig and his wife Dawn, Tonjua French and her husband Jake; sisters Rene Chandler and Lynne Colosimo and brother Bryce Knudsvig. Six granddaughters, Kesa Andrews, Kassie Joubert, Kalyn Knudsvig, Kelsy Knudsvig, Lindsey Fisher, Kadynce French, eight great grandchildren and several nieces and nephews who all adored and tolerated him. And so the story continues until we see you again.