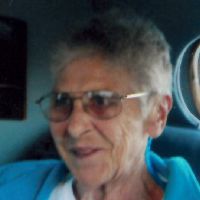 Geraldine “Jeri” Ann Redington, 75, of Sheridan, passed away on Saturday, February 15, 2014 at her residence. She was born on September 24, 1938 in Belle Fourche, SD to John D. & Cecilia A. (Kotek) Redington.Jeri\'s family moved to the Sheridan area in 1941 from Crook Co.,WY. She grew up on the Forbes and Rudolf Ranches. She attended Beckton and Beaver Creek rural schools and then Big Horn High School where she was a delegate to American Legion Aux Girls State and graduated in 1957. After attending Sheridan College she lived in North Platte, NE for 25 years. While living in North Platte she was very active in women\'s bowling, where she served as President of the NPWBA. She also served as a district director and Vice President of the Nebraska WBA.Jeri returned to Sheridan in 1987 to care for her aging parents after her mother had a major stroke. She retired from the Sheridan Public Library in 2006 after 14 years.Jeri was preceded in death by her parents and brother George S. Redington. She is survived by long time, close family friend, Marge Johnston and her feline companions; Mystery and Agatha. She also leaves behind several close cousins in Crook Co., WY.Per her request cremation has taken place and there will be Private Family Service in the Spring. Memorials to honor Jeri may be made to the Sheridan Public Library for large print books at 355 W. Alger, Sheridan, WY 82801 or to the Sheridan Dog and Cat Shelter for the felines at 84 East Ridge Rd., Sheridan, WY 82801.Kane Funeral Home has been entrusted with the arrangements.