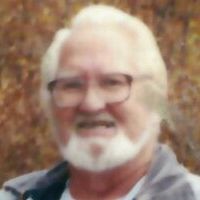 Glenn Dale Fairbank passed away on New Year’s Eve, 2013. Born July 15, 1932 at the Reynold’s House in Sheridan, Wyo, Glenn was the youngest of 3 children born to Annie Krezelock Fairbank and Claude A. Fairbank. His childhood was spent on a farm on Prairie Dog Creek a few miles from Sheridan. The family struggled through hard times due to the Great Depression. In 1951, Glenn joined the Navy and became an aviation structural mechanic stationed in Africa. While on leave June 6, 1953, he married the love of his life, June Eileen Dowling, despite both sets of parents’ disapproval.The couple had their first home together in Elizabeth City, North Carolina where Glenn was stationed. Children began arriving on a yearly basis: first Barbara Lynn, followed by Glenn Junior, Jeri Lea, Jeffery Dean, Daniel Lawrence, and finally David Andrew. Glenn earned a Bachelor’s degree in education from Eastern Montana College and a Master’s degree from Oregon State University in Corvallis, Oregon. He taught school in Sheridan for over 30 years. The family lived on a farm on Prairie Dog Creek while the children were young. Glenn always loved the outdoors and spent every available moment with his family in the Big Horn mountains, sharing his love of camping, fishing, and hunting with them.Following his retirement from the Sheridan school district, Glenn and June owned and operated a fishing camp in Chinook, Washington for 20 years. He loved salmon fishing. Glenn was a talented carpenter who built beautiful homes and furniture.During his later years, Glenn suffered from ill health which restricted his outdoor activities. However, he continued to enjoy making trips to the mountains and illegally feeding the deer and squirrels up until his death.Glenn was preceded in death by his parents, a brother Claude Jr., sister Janette Plott, as well as two of his sons, David and Jeffery, and a nephew, Christopher Fairbank. Survivors include his wife, June, daughters Barbara Bennick (Jim) and Jeri Bagley (Mark), and sons Dan (Dee) and Glenn (Denise).Glen was blessed with 12 grandchildren and 13 great-grandchildren. His body has been cremated and the family is planning a springtime memorial service to celebrate his life.Kane Funeral Home has been entrusted with arrangements.