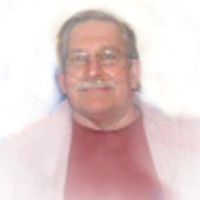 Gordon Lynn Aggers, 57, of Sheridan, passed away on Saturday, May, 31, 2014 at Green House Living.Gordon was born on October 5, 1956, in Billings, MT, to parents John Lamont and Yvonne Elouise (Schaut) Aggers. Gordon graduated from Sheridan High School in 1976. He married Lupe Garcia in Sheridan in 1978. They raised their children in Sheridan where Gordon worked for the City of Sheridan for many years as an Equipment Operator.Gordy enjoyed hunting, fishing, outdoor activities, grilling, and spending time with family. He was a member of Holy Name Catholic Church. During Gordy\'s time with the City he could be spotted operating the blade, he took great pride in maintaining the streets of Sheridan. He was a loving father, grandfather, and husband, who was extremely proud of his grandchildren. Gordy had a passion for cooking and hosting barbecues and he was very good at it. He had a love for nice trucks and thoroughly enjoyed cruising around in them. Action movies were some of Gordy\'s favorites. Everyone who knew Gordy knows he had a heart of gold and was one of the most caring and kind hearted people. He will be greatly missed.Gordon was preceded in death by his parents. He is survived by his two sons: Jamie (Stephanie) Aggers of Sheridan, WY, and Charles Trevino of Buffalo, WY; and his four siblings: Allen (Nita) Aggers of Oklahoma; Annette Rockas of Sheridan; Cindy (Jack) Larson of Billings, MT; and Julie (Steve) Kennedy of Sheridan, WY. He is also survived by his four grandchildren: Abby (DC) Purcell of North Carolina; Elliot Aggers of Sheridan; and Anthony and Alivia Trevino of Sheridan.A Viewing will be held at 6:00 p.m. with a Rosary at 7:00 p.m. at Kane’s Funeral Home with Father Michael Ehiemere officiating. A mass will be held Monday, June 9th at 10:00 a.m. at Holy Name Catholic Church with Father Ron Stolcis officiating. Interment will be in the Sheridan Memorial Cemetery. A reception will follow in the Parish Hall.Memorials to honor Gordon may be made to Holy Name Catholic Church at 260 E. Loucks, Sheridan, WY 82801 or toJoey\'s Fly Fishing Foundation at 109 S. Main St., Suite B, Sheridan, WY 82801.Kane Funeral Home has been entrusted with arrangements.