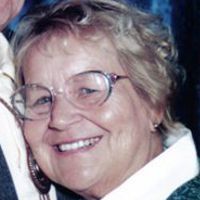 Irene E. Stuart, 83, of Sheridan, passed away on Saturday, May 4, 2013 at the Sheridan Memorial Hospital.Irene E. Stuart was born on June 15, 1929, in Detroit, Michigan to Alice Toivenen and Michael Balanecki. She graduated from Big Beaver High School in 1946. She married the love of her life, James B. \"Troop\" Stuart on December 28, 1946. They were married for 66 wonderful years and had three children. Irene worked for Michigan Bell Telephone Company in Pontiac, Michigan and Rex Supply Company in Troy, Michigan. She was a member of Kings of Kings Lutheran Church in Lake Orion, Michigan.In 1971, after falling in love with the Big Horn Mountains, the family moved to Ranchester, Wyoming, and bought a gas station there to run as a family business. They operated Stuart\'s Enco, later Stuart\'s Exxon, until 1979. Irene and Troop decided to semi-retire at Georgetown Lake near Anaconda, Montana. There they ran Stuart\'s Georgetown Landing for 18 years. In 1997, they retired to Dayton, Wyoming.Some of Irene\'s hobbies were cooking, gardening, tying flies and fly fishing, she was especially proud of her Ukrainian heritage. She was also an avid baseball fan. Her favorite teams were the Detroit Tigers and the Boston Red Sox. She also wrote a book, The Eagle Has Landed, recounting her life in Wyoming.Irene is survived by her husband, James \"Troop\" Stuart; one son, James (Betty) Stuart of Benson, AZ; two daughters, Cindy (Rick) Warnke, of Silverwood, Michigan; Laurie (Jesse) Hammett of Ranchester, Wyoming; five grandchildren (Scott, Sara, Michael, Aaron and Eli), and three great-grandchildren (Ty, Jacob, and Dalton).Her true pioneering spirit and spunky personality made her quite a \"character\". She will be sadly missed.Memorials to honor Irene an be made to the Sheridan Dog & Cat Shelter, 84 East Ridge Rd., Sheridan, WY 82801 or Joey\'s Fly Fishing Foundation, 109 S. Main St., Suite B, Sheridan, WY 82801. A private family service will be held.Kane Funeral Home has been entrusted with arrangements.