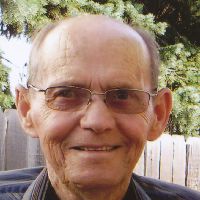 Jack Norris, 78, of Sheridan, passed away on Friday, September 19, 2014, with his family by his side at his residence.Jack was born in Upton, WY, on May 14, 1936, to Carl and Bernice (Maynard) Norris. His mother passed away shortly after his birth. He and his sister, Barbara, were raised by his grandparents and aunt and uncle. In 1944, his father married Ora (Connolly) Holloway and with that union he gained four sisters.Jack was raised in Big Horn, WY, and graduated from Big Horn High School in 1955. He then attended Coyne Electrical School in Chicago. He returned to Sheridan and began his electrical career. Early employment included Paul Mock, Mike\'s Electric and he was later a co-owner of A1 Electric.On July 5, 1958, Jack married the love of his life, Barbara (Koltiska) Norris. Together they raised four daughters.In 1967, he purchased a ranch on Cat Creek with his father-in-law, Paul Koltiska. They operated a feedlot, raised crops, and eventually started a large dairy. After 30 years on the ranch, Jack and Barbara moved to town where he continued his electrical career. Later employers included Modern Electric, Mike\'s Electric and Cache Valley Electric in Utah. He retired in 2002. He enjoyed playing cards, gambling, Sudoku, and fishing.Jack was a member of the Holy Name Catholic Church, a lifetime member of the Knights of Columbus 4th degree, a lifetime member of the Elks Club, and member of IBEW-322 for 55 years.Jack was preceded in death by his parents; brother Bill Bowen; sisters, Barbara Moore and Ann Morgan. He is survived by his wife of 56 years, Barbara, and his four children; Julie (David) Norris of Sheridan, Jayne (Bob) Heller of Battle Creek, NE, Jacki Sprague of Hillsboro, OR and Jennifer (Dana) Norris of Sheridan. Also surviving are five grandchildren; Nicole Vyhlidal, David Ford, Stephanie Severy, Kyle Bachmann and Blake Heller, as well as three great-grandchildren, Parker, Owen and Jade. He is also survived by three sisters; Lola Hauf of Sheridan, Jo Elaine Bedsaul of Torrington and Carolyn Griffith of Sheridan. He is also survived by numerous nieces and nephews.Services will be September 25, 2014, at 2:00 pm at Kane Funeral Home with Father Ron Stolcis officiating. Interment will be in the Sheridan Elks Memorial Cemetery. A reception will follow in the Kane Reception Hall.In lieu of flowers, memorials may be sent to the local Elk\'s Cemetery or the Elk\'s Building Fund at PO Box 624, Sheridan, WY 82801.Kane Funeral Home has been entrusted with arrangements.