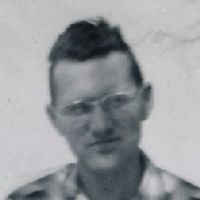 James Edmund Goodwin, 85, of Sheridan, passed away on Tuesday, August 4, 2015, at the Billings Clinic Hospital. He was born on March 7, 1930, to parents Winfred Noel and Goldie Gladis (Adamson) Goodwin in Tulsa, OK.Jim served in the US Army as a Sergeant for 3 years in the Company of the 35th Combat Infantry Division. While serving he was stationed in South Korea where he earned 2 Bronze Service Stars, a Korean Service Medal and a Nations Service Medal.Jim graduated from Natrona County High School in Casper, WY. He earned an Architectural Engineering Degree from the University of Wyoming. He worked as an estimator for Husman Brothers, an architectural Engineer for Malone and Associates, and as an engineer for the Wyoming Highway Department. He also owned Cloud Peak Construction. He designed and built his home in Sheridan.Jim was a member of the Wyoming Archaeological Society. Jim Goodwin was the set technologist for many Sheridan Wyoming Civic Theater Guild Productions. He was an avid fly fisherman, backpacker, kayaker, four wheeler, and cross-country skier. He was a skilled woodworker and skilled stone mason. Jim and his dad, Skinny, Built many stone chimneys for cabins in the Big Horn Mountains. In his later years he designed and built many stained glass lamps and windows. He took many photos of the beauty and majesty of the Big Horn Mountains.Jim was preceded in death by his parents and grandson, Dustyn Goodwin. He is survived by his children, Laura (Robert) Pope of Diamondville, WY, Mike Goodwin of Sheridan, WY, grandchildren, Westley Goodwin, James Pope, Sara Pope, great grandchildren, Michelle Pope, Dorothy Pope, Victoria Pope, Braxton Pope, Dominic Pope, Christian Pope, Aspen Pope, Annastacia Pope and Touren Pope.No services are planned at this time.Kane Funeral Home has been entrusted with arrangements.