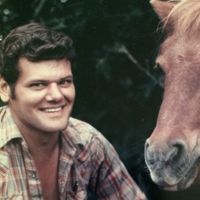 James Mack, 68, of Sheridan, WY,died November 8, 2014, at his residence.James (Jim) was born in Brooklyn, New York, on March 22, 1946, and raised in upstate NY,( Elmira) by Louis and Mary Vitalis. He was taught to respect all people and learned the value and reward of hard work.James graduated from Waverely High School in 1963, Waverly, NY, with a NY State Regents Diploma. He had excellent teachers. In 1964, Jim moved to the West for new opportunities in Denver, CO, on to Kaycee, WY and later settled Sheridan.Construction jobs led to truck driving and oilfield work in Kaycee. There Jim met the love of his life, Martha L. Knighten. They were married Nov. 5, 1966, in Boulder, CO. God blessed this union with 4 children.Jim hauled bentonite for several years and then dry freight for Salt Creek Freightways. After 6 years, Jim worked at the Ford Ranch in Big Horn, WY. After a short retirement, he started driving for the Sheridan Mini Bus System, an extension of the Sheridan Senior Center. Jim made many friends from this experience.Jim was a student of the Bible for 37 years and a member of The Worldwide Church of God. He loved his family, hunting, working with steel and woodworking.Jim was preceded in death by his parents. He is survived by his wife, of 48 years, Martha, Daughters, Aletha Rudisill (Mike), Anchorage, AK, Linda May, San Antonio, TX, Nadine Gale (Matt) Sheridan, WY, son Richard Mack (Stacie) Sheridan, Wy. 9 grandsons, 2 granddaughters and 1 Great granddaughter. His special niece, Paula Medaris., numerous nephews, nieces, cousins, Aunts and Uncles.A private memorial will be observed at a later date. Contributions in Jim’s name may be made to the preservations of the Sheridan Mini-Bus, 211 Smith Street, Sheridan, WY 82801.Kane Funeral Home has been entrusted with arrangements.