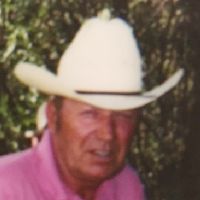 James Robinson Carnahan, 79, of Sheridan, passed away on Friday, September 30, 2016, at the Sheridan Memorial Hospital.James “Jim” was born in Crawford, NE on November 6, 1936 to John G. Carnahan and Mabel E. (Miller) Carnahan of Orella, NE, youngest son of seven children.As a young boy Jim attended country school in Orella, NE. where the family ranch was located and later attended school in Crawford, NE. After school Jim enlisted in the U.S. Air Force where he served his country in Korea.After his military service Jim returned to Ornella to ranch and also worked for Burlington Northern Railroad where he eventually settled in the Sheridan, WY area working for the railroad until his retirement.Jim\'s loves in life were his wife of 46 years, Johnnie B. and his daughter Tammi. He loved raising his Corriente cattle, his horses, being outdoors, camping, hunting and fishing, and riding his horses in the beautiful Big Horn Mountains.Jim is survived by his wife, Johnnie B. (Hughes) Carnahan of Sheridan, WY, daughter Tammi Sisk of Enid, OK, brother Jack Carnahan of Chadron, NE, sister Dorothy (Carnahan) Landers of Hilton Head, SC and many numerous nephews and nieces. He is preceded in death by his parents, and brothers, Ansel, Kenneth, Dick and Bob.At the wishes of Jim there won\'t be any services.Kane Funeral Home has been entrusted with arrangements.

Date:
Start Time:
At the wishes of Jim there won\'t be any services.
Location:
Service VideoService Brochure